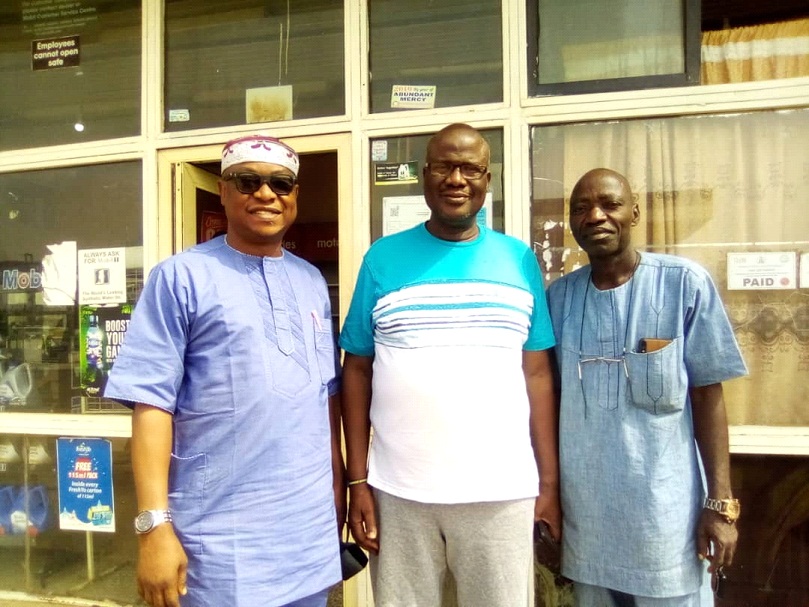 Ahead of Ondo State Football Association (FA) election, Otunba Akinsola Akinbobola has visited the former chairman, Otunba Dele Ajayi who is also a co-contenstant in the race at his Alagbaka office in Akure .
The former Chairman of Ondo State Football Agency (ODSFA) said the visit was to formally inform the former FA boss of his intention to run for the number one football office in the state.
He said,Otunba Dele Ajayi is a great man having successfully piloted the affair of the state football association for number of years, saying with his wealth of experience it will be impossible not to visit such a man who has always committed his time, resources for the development of the association and football generally in the state.
According to him, “this visit is beyond the forthcoming election, but a brotherly visit on how to work togethee with others for the interest of all football stakeholders in the state.”
“Ondo State FA leadership needs a new torch bearer, someone who can continue from where he stopped, we can’t afford to fail the sports loving people of Ondo State, it’s a must for all of us to develop football in order to take our rightful position in the round leather game.
The time to re-awaken football development in the state is now and Otunba Dele Ajayi is one of such leaders that you can’t but visit in a time like this despite the fact that we are contesting same seat, he is a man to consult.”
While responding, Otunba Dele Ajayi thanked the former ODSFA boss for the visit, saying he was happy such a meeting came up in a time like this.
He said: “the visit was a sign of maturity in our football polity and development of our people should come first above personal goals.
” I will be glad to see you winning the race because I know you have the capacity and content to push the association forward beyond what it is now. And if it goes the other way, I believe we can work together for the greater interest of the Association,” he said.