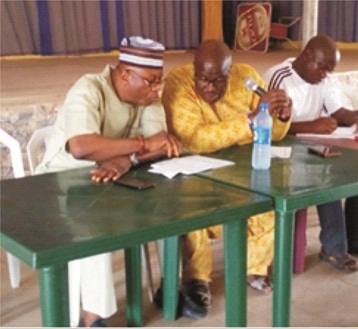 By Femi Atolagbe
|
Ondo state Football Association has extended the tenure of its current board members till the association’s election is conducted .

This is contained in a communique issued at the end of the extraordinary congress held yesterday in Akure ,the State Capital .

The communique read in part; The congress meeting which commenced at about 10:00am has in attendance the board members and all the chairmen of the local football councils in the state.

After deliberations on the directive by the Nigeria Football Federation (NFF), suspending the states FA elections in the country because of the forthcoming general election, and also the inability of the NFF reform committee to  submit their reports.

According to the communique ,”the Ondo State FA Congress members came up with the following decisions; that the election into the Ondo State FA board should now be held on the June 20, 2019.

“That the electioneering process should commence as from 27 May 2019.

“That the board members by this Congress meeting are to remain in office up to the date of the election according to the statutes”.