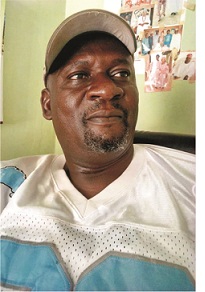 By Femi Atolagbe
|
A new secretary has been engaged for the Ondo State Football Association, he is Mr Adetoyinbo Ibukun, who takes over from the outgoing scribe Alex Daodu.

After due consultations and  subsequent approval by the Ondo State Sports Council, General Manager, Chief Wande Fabuluje, it was therefore directed that the new FA secretary’s appointment takes immediate effect.

Earlier, the  Commissioner for Youth and Sports, Mr Dotun Owanikin had been briefed on the development while he also gave his consent for the appointment of a new secretary for the FA.

While speaking about the change, Chairman of Ondo State Football Association, Otunba Dele Ajayi said since the Sports Council still  presents the FA with a secretary it is no doubt a welcome development as the board is ready to work with whoever is nominated by the Sports Council.

Dele Ajayi however charged the new scribe whom he described as an experienced person to deliver the  best of his abilities in his new duty post.

“I know Adetoyinbo has a vast experience in football, considering the platforms on which he has previously served including being the Vice Chairman of the Akure South Football Council so I want him to bring his wealth of experience to bear in the discharge of duties in his new posting”

Until his appointment,  Adetoyinbo Ibukun, who has previously served as the secretary of both Ondo State Football Development Agency(OSFODA) and Rising Stars FC that got promoted to the Premier League some seasons ago, is also the Sports Secretary of the Ondo State Senior Staff Club.