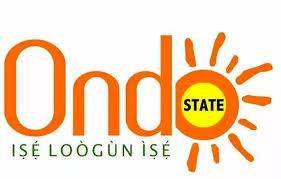 By Femi Atolagbe
|
The Ondo State Football Association (FA) has fixed June 11 and June 18 for elections into its local and state councils respectively.

This was contained in a communiqué, released  by its association at the end of the emergency extraordinary assembly  of the association in Akure.

The communique was signed by Mr Samuel Patani as Chairman, Mr Aderemi Adetula,Secretary, while  Mr Sunday Aladenika and Mr Dayo Johnson were members.

It was earlier reported  that the earlier conducted elections into local councils in May were suspended by the Nigeria Football Federation (NFF) across the country.

The communique also passed vote of confidence on members of the electoral and appeal committees to continue their function without fear or favour for the next 4 years.

According to the communique, the assembly also decided that the electoral committee should allow interested persons obtain fresh form and be screened ahead of the dates.

It also noted that the certificate of return earlier  issued in the cancelled election be withdrawn before the new election will be conducted.

The congress agreed that Nigeria Police  should be removed from members of delegates that would have voting rights and “other body” not recognised by the State FA or NFF statutes.

Earlier, during the assembly, Otunba Dele Ajayi congratulated the management of Sunshine Stars for escaping relegation in the just concluded 2018/2019 NPFL abridged league.

Ajayi noted that the congress was called because the association wanted peace and do things in accordance with the State and NFF statutes.