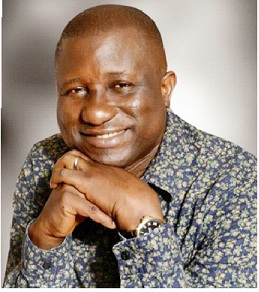 Former Director General of the National Sports Commission, Mr Gbenga Elegbeleye has described Ondo state as a unique state, loaded with gifted youths in sports and other leadership attributes.
Elegbeleye stated this during his unveiling as the chairman of the Board of Trustee of the People’s United by Sports (PUBS) in Ikare, Ondo state.
The former lawmaker while describing Ondo state as a hub for raw talents in all sports, however, said most of the talents are yet to be harnessed and groomed to stardom.
He noted that good sports managerial skills and prompt welfare of athletes were paramount to the success of sports in Ondo state, vowing not to stop his contribution in the discovery and tutoring of talents to achieve their dreams in sports.
Earlier, Chairman, Ondo state Football Agency, (ODSFA) Otunba Tajudeen Akinyemi commended the executive members for brewing a group noted for sports development in the state, describing it as the first which impact is already yielding results.
The ODSFA boss said he is proud of the strategies of the group as a well organized group that can be groomed to take over sports management in the state.
Responding, president of PUBS, Mr Seun Betiku said the group is the bringing together intelligent youths, active and ex-sports persons with interest in sports to brainstorm on how to advance sports in Ondo state.
Betiku while commending the giant stride of the Ondo state Governor, Oluwarotimi Akeredolu and his wife Mrs Betty Anyawu Akeredolu in sports and youths development said PUBS has active members in all the 18 local government areas of Ondo state which would be mobilized to support the governor’s re-election bid.
He further appealed for improved welfare for athletes, infrastructure development and involvement of vibrant youths of the state in the running of sporting activities of Ondo state.