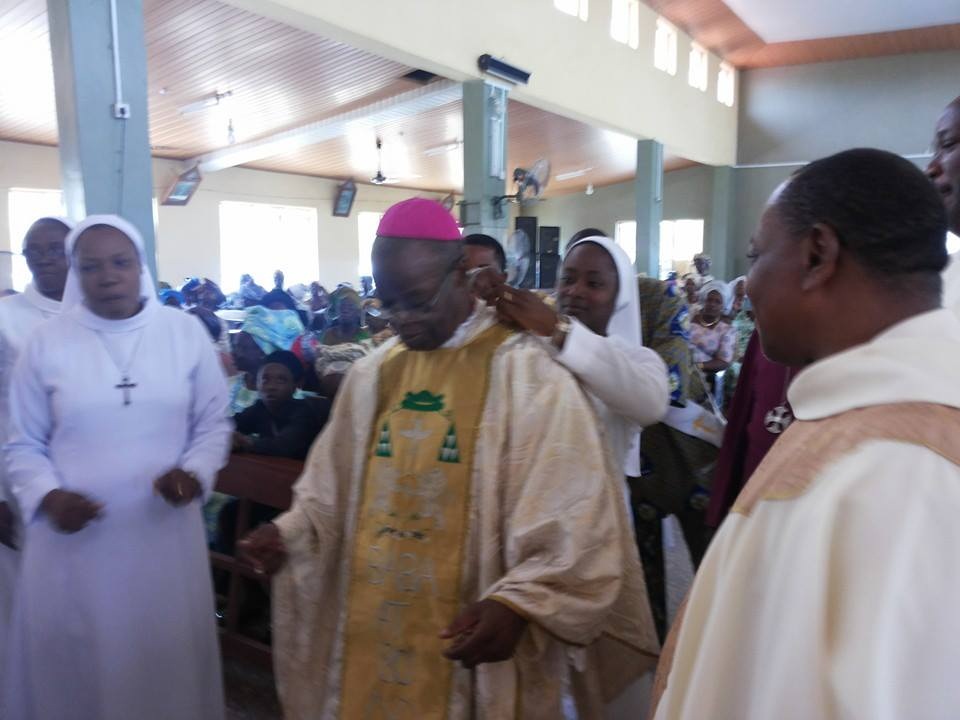 As the governorship race in Ondo State gathers momentum, the Emeritus Bishop of Ekiti Catholic Diocese, Most Reverend Dr Michael Olatunji Fagun has advised electorates to vote wisely and not only for the personality of candidate.
He said electorates should look at the manifestos of each candidate before casting their ballots, adding that it is the only way to elect credible individuals with a good conscience capable of delivering their electoral promises to the people.
His words: “People should look out for the manifestos of each candidate and stop voting based on personality or party. You should look at the candidates contesting and check what they have in stock. Also scrutinize the one that is in power and see whether he has fulfilled all his electioneering promises before considering who to vote for.
“When we want to vote for a person that is already in government, we must check if he has met all his promises and if he had, then we should vote for him, but if he has not, vote him out, this is my candid advise to the electorates”.
The Akure born Clergyman who berated the Federal government over the recent increase in price of petroleum and electricity tariff, said such has further worsen the suffering of the people.
“Government should look for alternative ways of paying subsidy and not to over tax the suffering masses who are already burden with the current situation of things. If you increase fuel price, automatically everything in the market will rise and the effect is inflation.
The Emeritus Bishop who urged the Federal Government to look for ways of generating revenue incomes to cater for the needs of the people, maintained that heavy taxation on the masses is never a solution to solving economic problems, rather, it compounds issues.
Fagun who stated these at an event in Akure noted that money is very scarce now, hence the need for the government to be sensitive to the plight of the masses.
He cautioned government to stop using subsidy as a yardstick for hike in price of fuel ,saying that such action is not good at the time the COVID -19 pandemic is ravaging the world, including Nigeria.