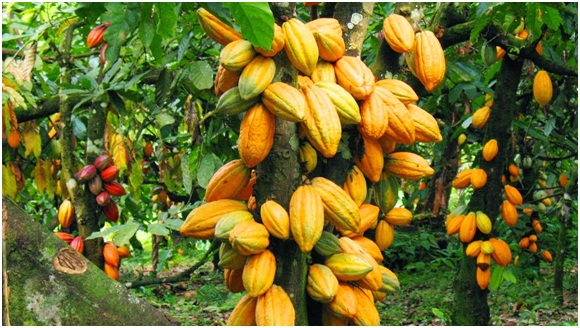 Cocoa refinement will take up in 2025 when the old ones will no longer be accepted in the international market.

The Special Assistant to the Governor on Agriculture and Agric Business, Pastor Akin Olotu disclosed this in a chat with The Hope in Akure.

Olotu stated that the development brought about why government has been producing viable and highly improved quality cocoa seedlings distributed to farmers for rehabilitation of their ageing cocoa farms.

He advised cocoa farmers to make use of the advantage from the government’s support so that they start planting  improved seedlings to meet 2025 target.

Olotu expressed disappointment over farmers’ attitude at Idanre, Ofosu forest reserve where planting of improved seedlings was supposed to have commenced.

According to him, not a single cocoa tree has been pulled down in  the forest. ” We made it clear that the project will be implemented in phases and those that concerned were invited for a meeting but they refused to turn up,” he said.

Recall that the state has partnered with investors to distribute two million cocoa seedlings to farmers while it has established a modern agricultural village at Ijugbere where 2,000 hectares of cocoa farm was cultivated and interested youths given seedlings as empowerment in rehabilitating their aged cocoa farms.