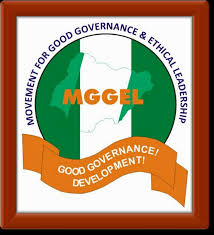 By Bukola Olamona
|
Mr. Henry Kehinde-Bello has been officially appointed as the Ondo State Coordinator of the Movement for Good Governance (MGG) for the re-election of President Muhammadu Buhari.

Kehinde-Bello was the Ondo State Coordinator of the National Committee of Buhari Support Group (NCBSG) until his new appointment.

The NCBSG is the umbrella body of all support groups working for the re-election of Buhari in the state.

The NCBSG and other groups are sub-committees of the  Presidential Campaign Council for  Buhari’s re-election.

His appointment was contained in a letter issued and signed by the office of the Senior Special Assistant to the President on Political Matters, Mr. Gideon Sammani who is also  the Presidential Committee Facilitator.

The letter stated: “In preparation towards PMB’s re-election, we write to inform you that this group has been formed after a careful study of your political involvement and overwhelming commitment towards the re-election of PMB.

“You have been nominated to serve as the Coordinator, Movement for Good Governance/Ethical Leadership of the Presidential Support Committee, Buhari 2019.”

While speaking with The Hope on his  appointment, Kehinde- Bello expressed gratitude to God for his choice as the coordinator,saying that work will begin in earnest and urged other support groups in  Ondo  state to join hands with him to deliver the state to President Buhari and the All Progressives Congress (APC) in the 2019 general elections