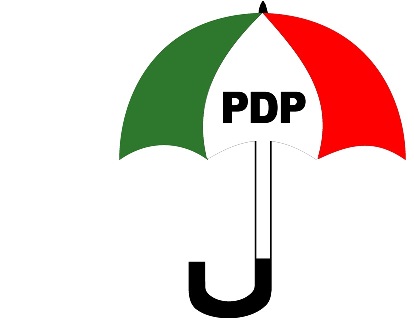 The Youth Wing of the People’s Democratic Party, (PDP) in Ondo State has called on the leadership of the party to be free and fair in the conduct of the gubernatorial primary election of the party scheduled for next month.
The Youths under the auspices of the Democratic Reformation Force (DRF),also charged them to provide a level playing field for all aspirants so as to boost the chances of the party in the forthcoming governorship election.
The youths who warned against inducement of delegates for the party’s primary if the party is to win the election, vowed to resist financial inducement by any aspirant.
The PDP youths also described as shameful, the move by some members of the party to dump their preferred aspirants because of alleged money inducement.
Speaking on behalf of the group, the Coordinator of the DRF in the state, Prince Ojo Olatunji, said that members of the party should support credible candidates.
Olatunji said it was unimaginable to see party members who endure pains and hunger for four years dumping their aspirants who have been oiling the party’s machinery.
Olatunji stated that the Ondo PDP youths would rather join the campaign train of any of the aspirants who has been steadfast for years as a way of rewarding party loyalty.
He urged the party national leadership to provide a level playing field for all the aspirants,saying that ,“We have remained loyal and committed to this party for the last four years. The party’s leadership should not allow money politics of any form.
“Anybody is allowed to support any aspirant, but the method of using money to woo supporters of other aspirants is the highest level of deceit”, he stressed.