Ondo police ready for election in 2023 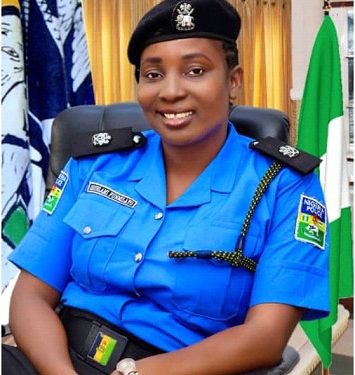 The Ondo State police command said it has put in place water- tight measures to ensure the conduct of free, fair  transparent general election in 2023.

The Public Relations Officer of the command, SP Fumilayo Odunlana Omisanya stated this  during an interview with The Hope. She said the police is ready and highly prepared for the  elections.

” You will find out that up till now especially during the electioneering period, we have been there to ensure things are easy from campaign to the election proper from different political parties.

” And of course, for the electioneering period we have displayed sizable number of men, enough to help in the activities of electioneering including sisters agencies, she said.

To achieve this, Omisanya said the Police have embarked on training and retraining of its personnel on their roles during the elections.

The Police PRO  warned parents to keep their wards safe and prevent them from being used as political thugs” if you are 18 years and above, you should go out and exercise your franchise and go back home. There is no need to fight, it is an election, it is not a war zone nor a battle field.

“And on the part of the contesting candidates of political parties, we are encouraging them to embrace the spirit of sportsmanship while on our own part we will create a level playing ground for all.

“During this period of election preparation, it has always been our duty to go for regular patrol both day and night, including foot patrol. Sometimes, we do have joint patrol with sisters agencies in the state, she stated.