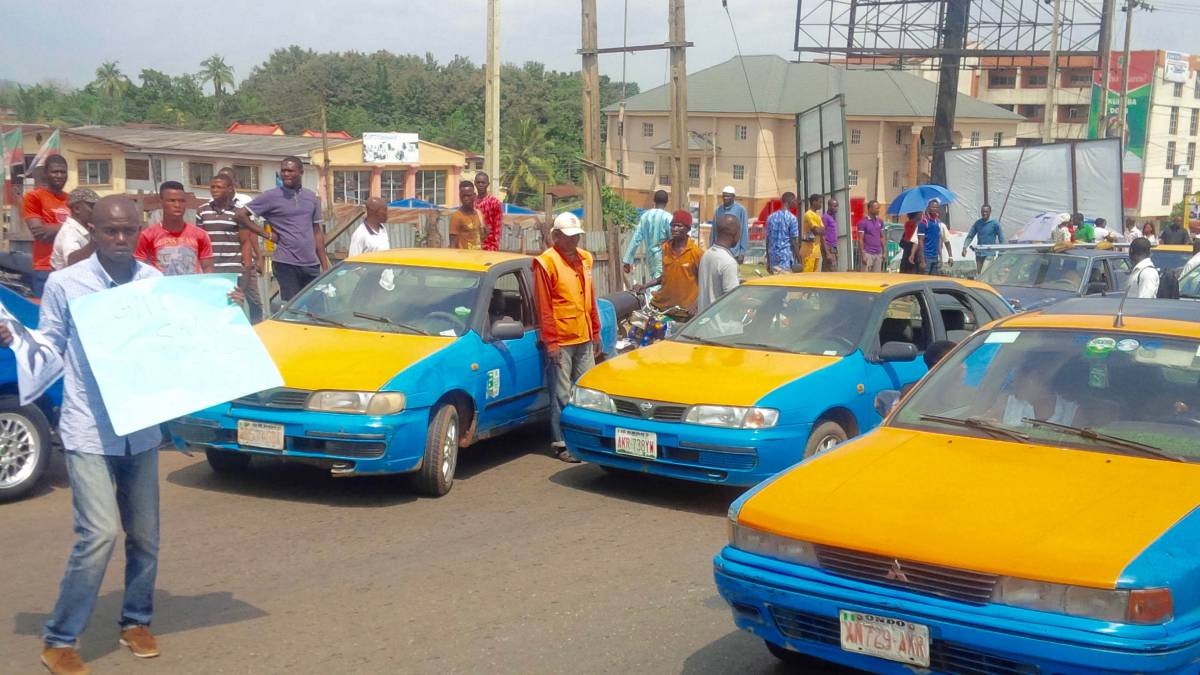 Transport fares have gone up in Akure and major towns in Ondo State, The Hope investigation has shown.
The increase which is generating discontent among commuters and transporters might degenerate into an open brawl if government does not intervene.
Some commuters, in separate interviews with The Hope, accused commercial transportation operators of hiding under various excuses to increase fares thus putting more hardship on the people.
According to them, now that the Christmas is around the corner and still battling with COVID-19 burden, an increase in transport fares would amount to adding more burden on the commuters.
A commuter in Akure, Mrs Adeola Adegoke, said that the transporters do not pity the commuters .
“What we know in this part of the world is that whatever goes up does not come down. The justification for increasing the fare between Akure and Ondo for example to N700 during COVID-19 was because the drivers could only carry four passengers instead of six for car and 10 instead of 14 for bus.
“We are surprised that fares are still higher especially within the state even now that the Christmas is around the corner and there is no money.
According to her, a drop within Akure the state capital have been increased 100 percent; commuting from Oja Oba to Ondo road rose from N50 to N100 depending on distance which can also attract more. So, many people are finding things hard commuting from one place to another due to the fare hike.
Some commuters plying Oja Oba- Ijapo axis, however, said that the increase in fares at such a trying time for the masses would further increase hardship and financial burdens.
“We keep complaining about government, but what we do as citizens to ourselves is even worse, even the blind knows that things are tough for most Nigerians now but still they act like they are more affected than the others.”
A driver, Fola Ojo told The Hope that the fares cannot be reversed because of the increase in fuel pump price.
“Even if we want to reduce the price, fuel is not cheap anymore, what about the deplorable state of the roads which makes us take regular trips to mechanic workshops, touts are there too, it’s not easy for us too.
“We hope things get better, but as it is, there is almost nothing we can do, we are helpless too,” he said.
According to an official of the NURTW in Ondo State, Mr. Yusuf Mudasiru said the cost of motor parts have increased so much that vehicle owners find it difficult to survive and sustain operations, and had been piling up losses.
He affirmed that the inter-state fares are still the same and that there is no plan to increase it.
“The increase in the fares within the state is a result COVID-19 pandemic, which necessitated drivers and transporters to reduce the number of commuters they carry.
“This is in line with the health measures implemented by the Federal government to help curb the spread of corona-virus in the country.”