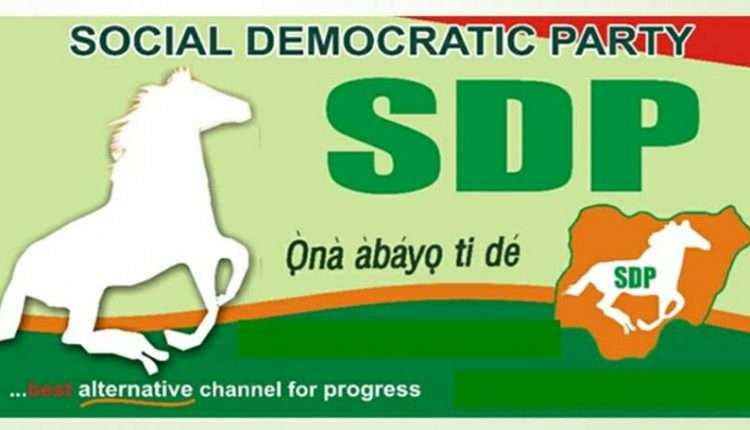 By Abimbola Akindunbi
|
The Social Democratic Party in Ondo state, has expressed satisfaction over the emergence of the former Governor of Cross River State, Donald Duke, as the Presidential candidate of the party for the 2019 general election.

Chief Korede Duyile, the state Party chairman, who made the statement in a telephone interview with The HOPE, yesterday, described Duke, as a detribalistic young man, who has shown excellency in his performances in the past.

He said, “He is a fine gentleman. And has a governor, he was a great achiever in whatever he did. I am very confident that he would perform.

” At this point in time, we want somebody who can fix Nigeria.

Duyile noted that Duke’s victory is in the hands of God and the people saying, there’s nothing that says he cannot win.

” I hope Nigerians will vote for him.

In his acceptance speech Duke described his emergence as a collective victory for all aspirants that participated in the contest, as well for the party and the nation.

He said that primary was just a step in the contest, saying he will go through the nation to campaign and sell the party and it’s policies to citizens.

Duke called for the support of all aspirants, the party officials and Nigerians to win 2019 general election, saying “we will reawaken in Nigerians that yearning that we are destined to be, but we cannot do this alone.”

He said that Nigeria was not a divided nation but a country of common purpose.

“What divides us is inadequacy and wants, because in the face of this survival of the fittest comes in, which ought not to be so because there is more than enough for everyone.”

“If Nigerians were productive and abide by rules and regulations, the nation would grow from strength to strength.

“This is what good governance s all about and that is what I stand for,” he said.