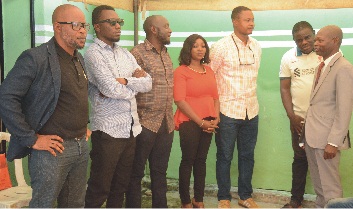 The Sport Writers Association of Nigeria (SWAN),Ondo State chapter was thrown into crisis yesterday as out – gone Chairman, Wahab Bankole was nominated as the caretaker committee chairman.

The Wahab Bankole led executive had been dissolved by the elective congress presided over by zonal Vice President ,Ajayi Obe .

It would be recalled that the tenure of the executive had expired in May 2022 after election had been fixed for Oct. 27.

The Zonal Vice President shocked members of the association when he announced that the election be placed on hold on the ground of receiving a petition from one of the Chairmanship aspirant, Mr Michael Akintunde.

During a special congress held yesterday, members unanimously moved a motion for the dissolution of the former Exco led by Bankole and also called for the composition of a caretaker committee to conduct fresh election.

The executives of the association was dissolved by the Zonal Vice President,Ajayi Obe, saying the election would not hold due to the petition,which himself or the petitioner failed to read nor made available to members of the congress.

Tempers however flared when the immediate past chairman Bankole was renominated to become the chairman of the interim committee by the petitioner, which members immediately revolted against and demanded another nomination but the refusal of the Vice President to reject the nomination of Bankole led to chaos as they stormed out of the venue (Akure township stadium) to avoid bloody clash.

Some of the members who spoke called on the member to await further decision from the national Secretariat of the association on the composition of new caretaker committee to run the affairs of Ondo SWAN, urging the wife of the Ondo State Governor, Mrs Betty Akeredolu to disregard letter of award sent to her office.