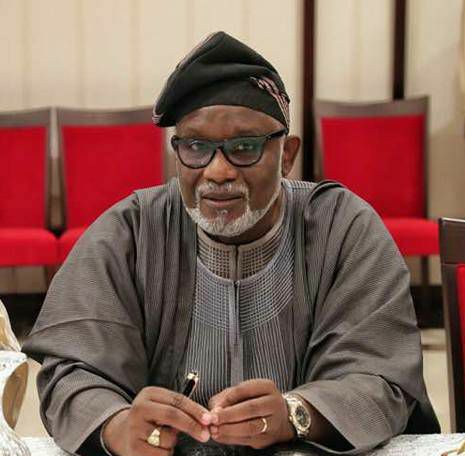 The Ondo state governor, Oluwarotimi Akeredolu yesterday presented N47.6million cheques as car loan to primary school teachers across the state.
Presenting the loan to some of the beneficiaries at the Government House Grounds, Akure, governor Akeredolu also promised to make the scheme a sustainable one while also trying to prevent it from fraud and other abuses.
This is coming as the labour leaders at the event applauded the governor for the gesture.
While explaining that his administration has done much to improve on the welfare of primary school teachers in the state, the governor further promised to do more.
He assured that his administration would fund the scheme more when the state’s finances improve. He particularly advised the union leaders and the teachers to take ownership of the scheme to ensure its objectives are not defeated.
He added that processes were ongoing to recruit more teachers and that by the time COVID-19 pandemic is over, more teachers would have been employed.
He stated that since his administration came on board, many new primary schools have been built with necessary facilities such as electricity, boreholes, toilets and perimeter fencing, while several others have been renovated across the 18 local government areas of the state.
The governor revealed that what his administration has done so far in the primary education in the state, no government has ever done it in the history of the state.
In their separate remarks at the event, the state chairman of the NLC, Comrade Sunday Adeleye, the state chairman, Nigeria Union of Teachers (NUT), Victor Amoko, and the national deputy secretary General of the NUT, Braimoh Momodu, commended governor Akeredolu for his love and passion for welfare and development of workers in the state.
The labour leaders used the occasion to assure the governor of their unalloyed support to enable him do more for the workers and the people of the state in general.
According to them, the car revolving loan is the first of its kind since the creation of the state in 1976, saying that successive administrations have neglected the primary school teachers.
They added that no government has ever done better for primary school teachers than Akeredolu led administration.
The labour leaders equally commended the state chairman of SUBEB, Princess Oladunni Odu for her giant stride in building and renovating primary schools across the state.
Speaking on behalf of the beneficiaries, Mr. Willy Famuwagun, appreciated governor Akeredolu for counting them worthy for the kind gesture, adding that the teachers cannot thank the governor enough.