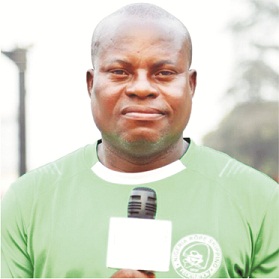 By Femi Atolagbe
|
Arrangements have been concluded by the Nigerian Rope Skipping Federation to host the first Rope Skipping Championship in 2020.

The event will be staged at the Indoor Sports Hall, Akure, Ondo State from 17th to 19th January, 2020.

Speaking with Journalists ahead of the event, the Secretary General of the Association, Mr Olusesan Olukoya said one of the aims of the event is to popularise the game of Rope Skipping across the nooks and craning of the country and give children the opportunity to write their names in gold.

He added that the game is now set to be part of the upcoming national sports festival in Benin, Edo state and at the Tokyo Olympic this year.

Olusesan who witnessed some of the training sessions by kids in Ondo state trained by coach Chibusi Ukandu expressed delight with the turn out of the children towards the game and commended the state government for its developmental programmes.

He however called for more support from stakeholders.

Responding, the Ondo state coordinator, Coach Chibusi Ukandu said the kids in the state were ready to challenge other kids from the 11 states and eventually to represent Nigeria in subsequent events

States that expected to participate in the national championship are: Lagos, Delta, Ondo, Ogun, Oyo, Kwara, Edo, Osun, Rivers, Plateau, Bayelsa and Imo. Athletes and officials are expected to converge at Akure on Friday 17th January 2020 while the event proper will hold on the second day, 18th January.