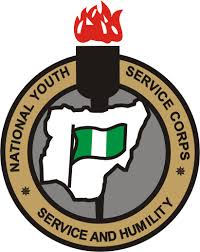 From Jimoh Ahmed, Ikare Akoko
|
In line with his promise to upgrade the facilities at the NYSC Permanent Orientation Camp, Ikare Akoko, Ondo State Governor, Oluwarotimi Akeredolu,  has performed the foundation laying ceremony of the 556 perimeter fencing of the camp.

Governor Akeredolu who was represented by his Commissioner for Youth Development and Sports, Saka Yusuf Ogunleye stated that the state government is committed to the welfare and security of corps members in the state and as such building the fence is a right thing in this direction.

He stated that his administration will do all things humanly possible to secure the lives and properties of corps members in the state.

The perimeter fencing is part of the promise made by the present administration to make the camp habitable for corps members posted to the state.

Speaking on the project, the coordinator of NYSC in Ondo State, Mrs Grace Akpabio thanked the governor for fulfilling his promise.

Mrs Akpabio who described the governor as a man of his words said he had really put smiles on the faces of corps members in the state.

She described the governor as highly committed to fulfilling his promises

According to her, six blocks of rooms have been renovated by the government since she resumed in the state in September, 2017.

She therefore commended the governor for coming to the aid of the scheme despite the not so sound economic position of the state.

Meanwhile, Saka Yusuf Ogunleye has promised that the project will be completed on record time as it will never become an abandoned project.

Ogunleye stated that the present administration will not embark on any project it cannot handle.

He assured the scheme of a continued support of the state government despite the fact that it is a federal government agency.

The project engineer, Mrs Adebukola Mogaji who corroborated the assurance of the commissioner that the project will be finished on time said her team is fully on ground to put the project in shape.

Mrs, Mogaji who said the best of materials will be used said all materials needed are in store.

She disclosed that baring any sudden hitch, the project will be completed by November, 2018.