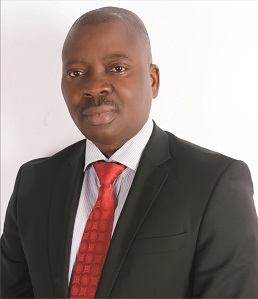 Ondo will not downsize to pay minimum wage  – Igbasan

As the labour Congress reached agreement with the Federal government on approved minimum wage due to workers,  the Ondo State Commissioner for Budget and Planning Pastor Emmanuel Igbasan,  in this interview with Olusola Alatise and Fatima Muraina, spoke on the extra wage burden it will cost the state and how prepared the state is, for implementation.

What is the extra burden that the N30,000 minimum wage will  cost Ondo State government  when  implemented?

The minimum wage in which I think our workers reasonably deserved will increase our own wage burden between 18 and 20 percent on monthly basis when implemented fully at the state level.

However, I have said it at  different fora that, for state government to be able to conveniently pay this minimum wage without down sizing or right sizing or owing workers salaries, something needs to be done about the revenue sharing formular.  As it is, it is skewed towards the federal government as we see now, development should come from the grassroots, from local government to the state government.

I expect that the committee that was set up by the Revenue Mobilisation Allocation and Physical Commission should be able to give more  fund to local and state governments.

This is one of the things that the federal government has taken upon itself which is  not within its purview to do so. For example, the Primary Health Care System, it is being managed from Abuja, how many Abuja people have been to my village?

How do they know If I have functional health care facilities? However, as a state, we are prepared as much as possible with our physical constraint to ensure that our workers get their due.

In terms of naira and kobo, what will be the cost ?

We are talking about a wage bill of between about N36billion on yearly basis to about N45billion when fully implemented. Federal government should  reduce what it is taking now.  I think it is about  52 percent now. The kind of structure we have  is over centralised and most of these health facilities are domesticated at the grassroots level.  They should give more power to the state and local governments  to handle what is domiciled within their territories. Since the federal government has found it difficult to accommodate the minimum wage, what would you say about the states?

The position of Mr. Governor is that something must be done about  the revenue sharing formular and that is the truth, If we are sincere about the N30,000 minimum wage for workers.

What is the total work force in Ondo state?

For the state,  we have 38,729 people as our staff as of today and also remember that there is going to be some little plus because recently, Government of Arakunrin has embarked  on employing in the state especially in  the health sector and the teaching cadre. We are still expecting more, like we have the medical teaching  hospital which has just been created, people are being employed on a daily basis now.

How soon will the state government start the implementation of the minimum wage?

As soon as our fortunes improved.  It may interest you that even as at last year, we featured it into the budget even this year  but it is one thing to feature it in the budget, it is another thing to have the capability and capacity to implement it.

Ekiti state government has said that it will begin the implementation of the minimum wage, why is Ondo state not buoyant enough to implement the payment?

I know Ekiti state is going through workers verification now,  maybe they are anticipating that are  extra load will  be shed but then I find it  a bit uncomfortable because it is not something you just come overnight and say you want to implement, was  it included in  their 2019 budget?  Because I can remember that as at the time the budget processing was going on last year, the issue of minimum wage was not visualised, so, is it  part of the budget they are implementing now or   is  there going to be an extra budgetary spending, or are they reviewing their budget?

There are certain parameters that have to be in place and for us in Ondo state,  you know Arakunrin will never do something that has not been thought of.

What is the outcome of the committee on modality for implementation set up by the Office of Establishment? .

That committee has two clear mandates. We are talking about the lower cadre of people because people at the upper cadre  have been the bone of contention. Should it cut across board or those people whose total take home pay is not up to N30,000 and all this creative thinking or creative idea is coming because the physical space is constrained. If the physical  space is expended, nobody will talk.

Like a director taking about N150,000 or N200,000, what are we talking about minimum wage? Yet we have people whose total take home is not up to N30,000 these are decisions that ought to be taken.

Is it going to be across board? or would it affect certain categories of people.

For us, we have mainstreamed everybody into the system but when the committee comes up with its recommendations,  we are prepared and  we do not want to be caught unaware. Like I said, we depend on the ability and capacity to pay at the end of the day so some of these things came up because of insufficient funds and we have to look for creative ideas to implement.

What about  increase in internal revenue, would this not be enough to pay the minimum wage?

The Ondo state Internal Revenue Service (ODIRS)  has become autonomous. It has the power to hire and fire, it has employed 400 people to profesionalise the service that will drive the tax revenue in Ondo state. Remember that immediately Arakunrin came on board, one   of the major things he did was to automate the revenue collection process and blocked every loopholes and then we moved from about N700 million per month to N1.5 billion monthly.

Government is not in a place to implement the payment of salaries, you are to create the environment that will spur prosperity for all people.

Salary increment sometimes comes with down sizing the work force, is there any plan towards that?

Akeredolu is the governor that I know very well,  he has said it severally that he is not interested in sending anybody packing before his retirement age. You can even see the demonstration of that in all MDAs that retired workers were allowed to complete their terms before they were disengaged.  So he is not going to down size, but we expect that we create an efficient work force that will drive productivity and efficient administration in such a way that the little that we are able to make will have maximum impact on our people.  We are not going to down size, we will ensure adequate training and capacity building and we will explore productivity from our people.

Some of the problems we may face, if we would decide to take minimum wage of  N30,000 across board,  is that Ondo state is top heavy. The situation of the workforce, almost everybody is Assistant Director,  hardly will you find anybody at the lower cadre now.

So for me,  these people do not need this minimum wage because they are above the treadmill .

At what stage is the request for N50billion bond?

The N50billion bond like  we said is meant to fast- track massive infrastructural development.

The process is ongoing but we are very hopeful that before the end of this year, we will utilize it. We will  have access to such money in such a way that we will be able to tackle some of our backlog debts.

How prepared is the state in presenting the 2020 budget?

We are getting to the climax,  we will engage the MDAs Heads and chiefs for discussions to see areas of critical needs that funds should  be allocated then after that Mr. Governor will engage with them and all those ones will terminate before the end of this month.

So,  plus or minus, by first week of November, the budget should be transmitted to the House of Assembly and we expect them to expedite action for consideration and pass it before the end of the year,  we are still confident and well able to meet the January to December template that we set for ourselves

We need your support and to enlighten our people on open defecation. People should build  toilets,  we have created a website for situation home report where people can report to and we are setting up a task force to go round and ensure that everybody complied.

Mr Governor has graciously given six months amnesty period and it has elapsed. So we expect that very soon we move to the field, we have been running all manners of activities on all our media to ensure that people take it very seriously because after expiration of the amnesty period,  you see the task force moving in to enforce compliance and lastly our people should pay their tax.

This interview had been conducted before the labour, FG agreement was reached last week.