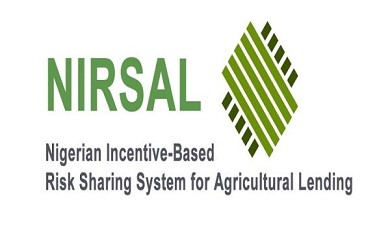 Ondo State has won the most prestigious Award of the Champion of Smallholder Farmers in Nigeria.

The cherry news was contained in a statement by the Head of Media Unit, Ministry of Agriculture, Mr Bolu Ajijo.

The state came first at the Annual Value Chain Award for the Southern Region of Nigeria for the state actor category organised by Nigeria Incentive Risk Sharing Agricultural Lending, NIRSAL in Akure.

The event that commenced with a red carpet brought state and none state actors in the agricultural value chain together and provided an opportunity for NIRSAL to reward hardwork in ten categories.

Welcoming guests to the gala nite, Head, NIRSAL office, Akure, Mr Akintunde Aluko said the annual event was designed to recognise those who made it through thick and thin especially in this inclement business operating environment.

According to him, NIRSAL was also designed to breathe life into the agricultural value chain, enhance  farmers’ production, increase yields and boost export capacity of each farmer in order to improve their living standards  noting that NIRSAL is the beginning of greater things for the development of smallholder farmers in Nigeria.

Aluko said the Champion in Smallholder Farmers in Agriculture in State Government award won by Ondo State was as a result of her robust Agricultural policy geared towards assisting this category of farmers access facilities in order to grow their ventures.

The NIRSAL boss commended the state government under the leadership of Arakunrin Oluwarotimi Akeredolu, for providing enabling environment for the agricultural sector to grow.

Speaking after receiving the award, the Commissioner for Agriculture, Asiwaju Adegboyega Adefarati commended NIRSAL for counting the state worthy of winning the coveted award out of all the states in the Southern region in Nigeria.

Represented by the Director of Agricultural Services in the Ministry, Mrs Clara Ajayi, Adefarati used the occasion to reel out the state government’s programmes and incentives to increase farmers yields and grow the sector.

While appealing to NIRSAL to assist smallholder farmers in Ondo state to access its facilities, the commissioner said the ministry is always ready to assist NIRSAL to achieve its mandates.

The event attracted stakeholders in all the Agricultural subsectors such as banking, insurance, marketing, Agriculture Schools, Research institutes among others .

Meanwhile, the Commissioner for Agriculture, Asiwaju Adefarati has attributed the Award of Champion of Smallholder farmers in State Government in Southern Region of Nigeria recently bestowed on the state by NIRSAL to the robust agricultural policy midwifed by Ondo State Governor Oluwarotimi Akeredolu.

The Commissioner said this at the formal presentation of the award to him by the management of the ministry led by the Ag. Permanent Secretary Segun Odusanya in his office in Akure.

Adefarati who commended the staff for their expertise and professionalism in handling the affairs of the agric sector promised to present the Award to the Governor formally as soon as possible.

He said the award which consists of a giant Trophy, Gold Medal and a Certificate of Attestation was the end results of the staff doggedness to succeed in the midst of challenges.

While presenting the award to the Commissioner, the Permanent Secretary enjoined the staff to continue to put in their best toward the actualisation of the state Agricultural policy noting that their efforts would not go unrewarded.