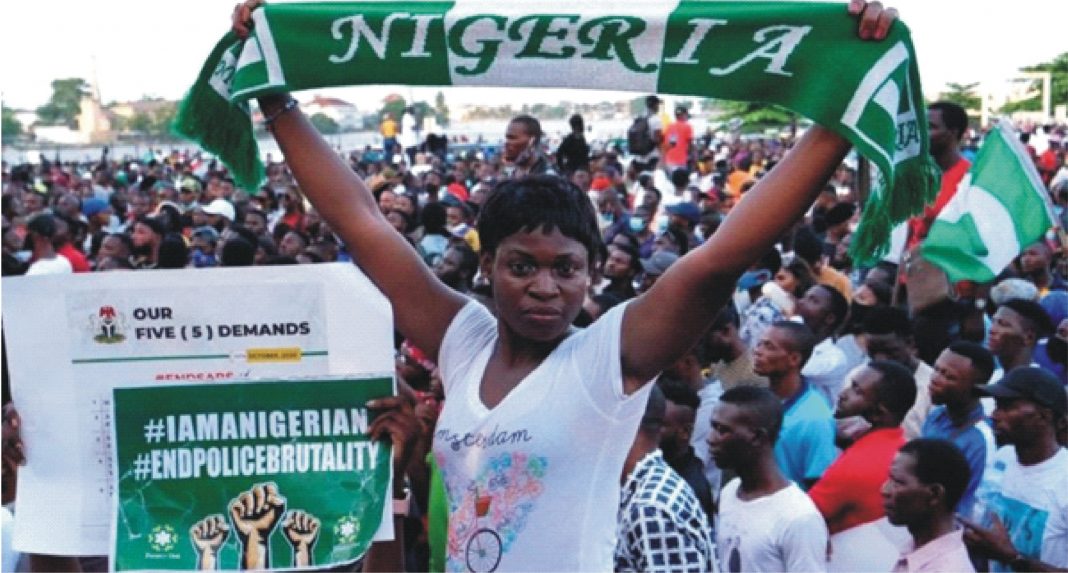 In early October 2020, youths in Nigeria took to the streets across the country and demanded an end to the brutality and extra-judicial killings by the police unit, Special Anti-Robbery Squad (SARS), against innocent civilians and routine harassments. The question now is, after a year of the protest, are there changes.
The Hope Classics spoke with Lawyers, Security personnel and concerned people.
Excerpts;

There has been no drop in police brutality throughout the country since the #EndSARS panels commenced their sitting. And, this makes it appear as if there’s no end in sight against police brutality.
The #EndSARS panels across the states were not accessible by citizens, most especially those affected because it is not open to everyone.
And, based on the foregoing, the panels did not seem to be ready for any positive effect on the people in serving justice. To end police brutality, the Police Service Commission must introduce rules to ensure that those to be recruited into the Force are sane to handle guns.

For me, EndSARS protest was a child of necessity, it was an evidence of societal degeneration and a governmental admission of failure. It depicts the level of deliberate violation of citizens’ rights by people placed in positions of authority to protect the people, it is an exposure of impunity.
It must however be stated that its most visible advantage is that, for the first time in the history of this nation, government admitted that it has failed its citizens. It was consequent upon its admission of failure that various states and federal government set up panels of enquiry to remedy the wrong and compensate those that have been unjustly victimized and dehumanized by agents of government. As good as the initiative seems, what result had it yielded one year after? It is sad that no one has been confirmed compensated as recommended by the panels of enquiry; not to my notice. Till date, Lagos panel is still sitting.
It will not be surprising if nothing is heard about the recommendations of the panels. The citizens are used to such games. The implication of which is grave and the consequence may be worse than EndSARS protest itself. It was the accumulation of such similar failures and impunity by people in government that led to EndSARS protest. One will therefore expect government to be proactive in addressing mirage of problems daily confronting its citizens.
EndSARS protest may not have change our police and our minds to what we desired as a nation, but sane has awakened the consciousness of us all that bad policies and bad government can be stampeded by the citizens. It is a clarion call to government that care to listen. 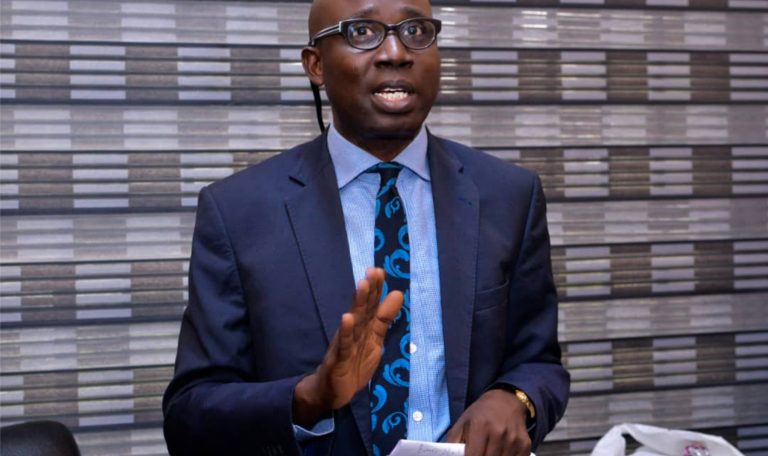 Over the years, there have been so many cases of police brutality and mindless murders of innocent citizens. It is a major problem in Nigeria. “Police is your friend,” a slogan used by the Nigerian Police, has become a contradiction.
The police force, which has been entrusted with protecting life and property, became a metaphor for abuse of citisens’ rights. Its operatives often use force beyond the limits permissible by law, infringing on the rights of innocent civilians and causing a lot of harm and pain to people. The sheer enormity of the abuses was what led to the #ENDSARS protests across the country last year.
On October 3, 2020, protests were sparked off by a viral video allegedly showing the notoriously brutal Special Anti Robbery Squad (SARS) officers killing a young man in Delta State. The authorities claimed the video was fake and arrested the man who made it, provoking even more anger among Nigerian youths. They took to social media with the hashtag #EndSARS.
Demonstrations started in major cities across Nigeria. Hundreds of youths gathered in central Lagos, holding banners reading “respect for human rights” and “a more equal society.” In capital Abuja, dozens demonstrated with police forces using tear gas to disperse protesters. 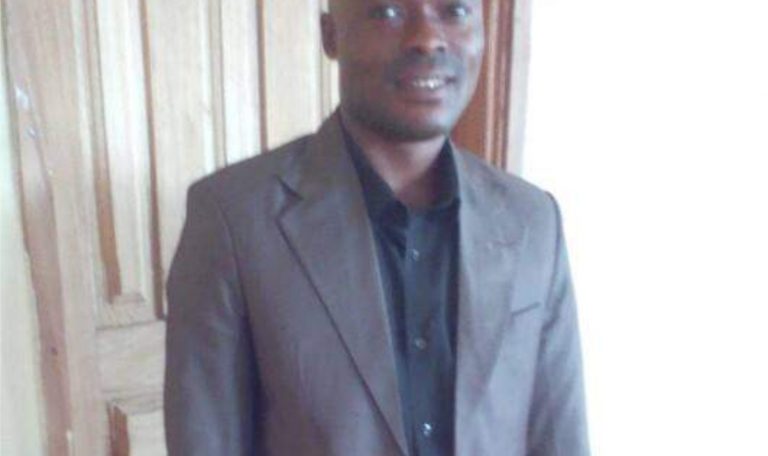 One year later, what has changed? What are the gains of the protests? Has the protest really stopped police brutality and built public confidence in the police. The answer is no.
There are reports of numerous #ENDSARS protesters languishing in various correctional centres across the country. The public pulse is that things have not really changed for the better. The insecurity in the country is at an all-time high. The police are still extorting and harassing Nigerians at every opportunity.
Right after the protests, security forces were a little careful, but they have returned to their bad behaviour. Look at the panels of inquiry that sat across the country; what has happened to the police or to the security forces that perpetrated acts of violence?
The government ordered each of Nigeria’s 36 states, along with the capital, to look into the abuses. Seven states did not comply – Borno, Jigawa, Kano, Kebbi, Sokoto, Yobe and Zamfara – and those where the judicial panels did sit were hit by prolonged adjournments with members of the police not showing up when called to give testimony, and were criticised for a lack of transparency.
Of the 18 states that concluded hearings, none appear to have made their findings public, fuelling accusations that the process was just a PR exercise.
Compensation worth more than $1bn naira ($2.4m or £1.8m) has been reportedly issued to victims of police brutality and their families by the panels, but nothing in the way of concrete recommendations has been instituted or passed into laws.
The Lagos State Judicial Panel on Restitution for Victims of SARS-related abuses and other matters has delivered its decision on 34 petitions pending before it.
The 34 cases are petitions by victims of the defunct Special Anti-Robbery Squad (SARS) and other arms of the police, who have gone to court, obtained judgements but are unable to execute them.
It is our opinion that the police authorities are yet to carry out real reforms in the police. There are also reports of Nigerians being harassed by officers who still identify themselves as belonging to SARS. At the end of the day, where is the justice?
We, therefore, call on the government to ensure justice and fairness to all affected. It should not miss this opportunity to right the wrongs of the past.

It is over a year now that the EndSARS has morphed from a protest against police brutality to a movement for social justice and government reforms. Indeed, the protests have been described as a “vector” for broader dissatisfaction with Nigeria’s political class.
Protests and riots have continued unabated for weeks. The important issue moving forward is how to adequately address the issues raised by the protesters as well as those that have unravelled during the protests. The disbandment of SARS and restitution of victims are necessary starting points. The people, as shown through their dissatisfaction with the mere disbandment of SARS, are calling for more.
In response to the #EndSARS protests, the government swiftly announced that it was disbanding SARS and replacing it with a new Special Weapons and Tactics (SWAT) team. This announcement further provoked protestors who were concerned that SARS personnel would simply be drafted into the new SWAT team. Rather than ending the protests, the announcement intensified public demonstrations across several states in Nigeria.
The government needs to develop a human rights policy approach to addressing these issues. Firstly, there is the need to address the systemic abuse of civil and political rights by the police and other government agencies. The government needs to commence intensive human rights training for all law enforcement officers.
Officers should also be regularly appraised on their human rights compliance and erring officers prosecuted.
In order to effectively protect the rights to life and freedom from torture, the government must ensure that it treats reports of violence, torture, and extrajudicial killings with the gravity they deserve. Such reports must be duly investigated through transparent means such as public inquiries and inquests, and victims should be adequately compensated.
On the right to fair trial, the government must also initiate reforms to ensure that suspects are not detained without trial. The right to privacy can also be better protected by the government taking a clear stand on routine stop and search operations which appear to be an avenue for extortion by the police.
This human rights approach may also be extended to address calls for social justice that have trailed the protests, especially in the aftermath of massive lootings across the country.

The historical #EndSARS protest, in truth, has not affected the rate of police brutality in our country partly because the rots in our police force are foundational.
The gross abuses of human rights and dignity are as rife as ever. Truth is, the scrapping of the SARS unit was a Greek gift. The only way out is a complete overhaul of our policing system which should ideally be a ‘Service’ and not a ‘Force’. The colonial system of policing we maintain is unsustainable.
Again, without prejudice to the efforts of the distinguished members of the panels, the reality is that the EndSARS judicial panels of inquiry have not in any way helped in reducing police brutality. The panels appear to be a calculated strategy by the authorities to give false hope for victims of police gangsterism. My position hinges on the fact that the law places the implementation of the findings of the panel at the discretion of the President who himself has a stained human rights record.
How do we forget the experience with Oputa Panel in a hurry? In 1999, following the return to constitutional democracy, former President Olusegun Obasanjo constituted the Human Rights Violations Investigation Commission of Nigeria (Oputa Panel) to investigate human rights abuses during the period of military rule from 1984 to 1999. After the panel submitted its report in 2002, the recommendations are yet to be implemented, almost two decades after. I fear if the same fate will not befall the current ENDSARS panels.

We continue to have reports of the brutality of protesters and other agitators across the country by the police. Very little has changed about policing since the #EndSARS protests.
Perhaps, the only change is in the increased awareness of citizens, who now resist police brutality in some places where it occurred, especially against commercial drivers in Lagos. There is also the animosity some police personnel have towards young people seeking police interventions, who are regularly reminded of the protest to end SARS, and it goes to show the insincerity towards promises of changes to policing that were made in October 2020.