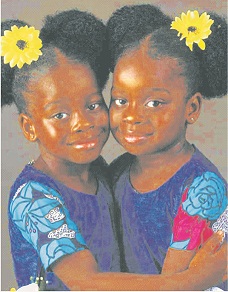 By Kemi Olatunde
|
One’s child will always be one’s pride. A woman cannot call a mad person going on the street her child but she can surely say that the doctor that I introduced you to is my son.

A child can determine respect his /her mother and vice verse. No one will respect a mother whose son is always seen in the beer palour.

My reason for writing this in today column is to tell children to make their parents proud and also respect them as it was written in the scripture that if you give your parents due respect, you will live long on earth. Children I hope that after you read this story you will turn a new leave and start respecting your parent as an old adage goes respect is reciprocal as you respect your elders the same way your young ones will respect you.

There was a happy family in the land of Isan-Ekiti in Ekiti state, this family had two children, one was Odediran and the order was Adeleke. Odediran was the first born and he was showered with so much love and care while Adeleke was left alone to take care of himself all they did was to provide him education and his basic needs. Mr. and Mrs. Faderera allowed hatred to manifest between their two children, Odediran and his brother, Adeleke.

On one faithful Sunday morning, the whole family was going to church excluding Adeleke, who was made to stay back to clean the house as they were expecting a visitor Adeleke  suddenly fell asleep after cleaning the sitting room and the dining room. He woke up when the other members of the family arrived.

It was God that saved him that he had tidied the sitting and dining room so he had the chance to tidy the other parts of the house when his parents and brother were still attending to the guest or else he would have been in hot soup.

The whole truth was revealed when their aunt, came to spend the Christmas holiday with them, one day Adeleke took up the courage to ask his aunty why he was being maltreated. And his aunty answered saying it is not that your father hates you, it is because of your brother, when we checked his horoscope we found out that Odediran will become a king while you will become a chief but they gave us one condition that we must only take care of one of you or else both of you will die and they also said you will die at a very young age that was why we decided to go for Odediran. So can you see that it is not that your parent hates you it is just that they don’t want both of you to die, okay? So try to understand your parents feeling, and don’t ever think they hate you.

Finally, the rejected stone became the corner stone. Odediran used his parents’ love the wrong way by keeping bad companies, but, Adeleke used the chance he was given to go to school wisely and got credits in all his subjects. He came out in flying colors and his parent were so proud of him

After the long run Adeleke served his country and he became successful in life. His parents thereafter thanked him for not disappointing them unlike his brother who dragged the name of their family in the mud. Children in all you do, always try and make your parent proud God bless you. AMEN

They come out at night!

Finding half a worm.

They do, just not in public.

The cow that jumped over the moon

Time to get a new clock.

It goes through a jarring experience.

Food was good, but there really wasn’t much atmosphere.

Because the chicken wasn’t born yet.

Because she will let it go.

You put a little boogie in it.

Quit picking on me!

Because she wanted to go to high school.

She was a little hoarse.

He had no body to dance with.