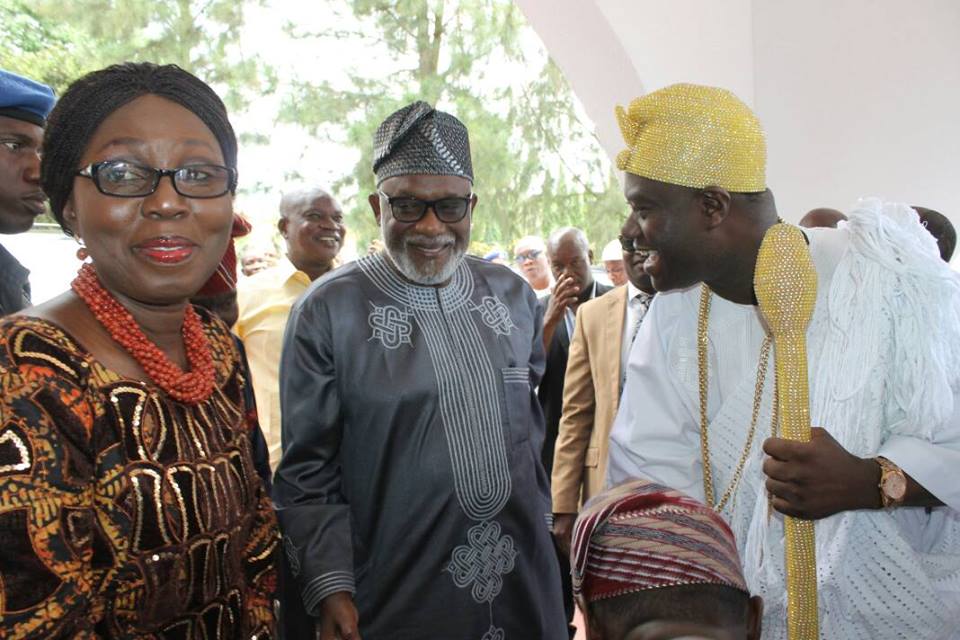 By Fatima Muraina
|
Developing partners, stakeholders and particularly traditional rulers across Ondo state have been urged to support and cooperate with Governor Akeredolu on his strides to develop the state’s  economy.

Ooni, who described the day as a red letter day observed that the state  are blessed with natural resources such as bitumen and granites which is contributing over 4% to oil and gas production in Nigeria.

He said, what is important is for everybody to partner with the Governor  in his quests to take the state to another level of development.

Describing the few industries in the state as a scratch and a drop in the ocean, the monarch hinted that the state has the potentials to generate and bring on board over five hundred companies in the next few years.

“We may not know the impact of what is happening in the Sunshine State today, but in a foreseeable future, everybody would be praying for the legacy of Arakunrin, because as he is developing the state, he is also capturing the potential tax-net for the state.

He said currently, the state has the longest and deepest coastal line and potential landmass in Nigeria and closest in terms of proximity to Lagos that has continued to witness rapid development.

“Ondo State proximity to Lagos State is an advantage for the state to experience rapid developmental growth like Lagos if the present administration’s drive is given the desired support”, he said.

Describing the summit as an initiative that would improve the state’s revenue in few years’ time, Oba Ogunwusi implored residents in the state especially the royal father’s to rally round Governor Oluwarotimi Akeredolu to achieve the major goal.

In a goodwill message, the representative of the Bank of Industry, Mr. Ayo Bajomo said the his bank assists in industrialisation, support expansion, and rehabilitation of moribiund industry

The bank which he said will not hesitate to support the state has so many intervention loan and grant programmes for assistance and called on Ondo state to think broadly on its developmental issues and where it could be assisted.

Also, representative of the Country Director of Department for International Development (DFID) Mrs.Bassey Ekanem who is the Regional team/leader of DFID in Nigeria observed that the state was doing better than any other state in Nigeria.

Bassey, who said that her company had a long time partnership with Nigeria, assured her support for the state saying that  the excitement on the educational development will bring foreign direct investment.

Others who assured their support included representative of International Institute of Tropical Agriculture (IITA) Ibadan,, Dr. Richardson Okechukwu, who was proud to associate with the governor for his initiatives, Prof. A.R Oguntade of Integrated Diagnostics Holdings (IDH)and Dr. Omolaso Omoseyinde of United Nations Population Fund (UNFPA) among many others.