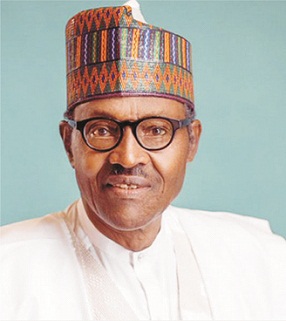 Open letter to President Buhari on second term in office

By Ayodele Fagbohun
|
Whilst avoiding sweet and pleasant  preliminaries that always accompany letter writing, I humbly and respectfully  beg  to differ and go straight to the thrust of my discourse that  revolves on good governance.

His  Excellency must not lose focus that the vast majority of the electorate  massively and fervidly re-elected you for the second and last term to improve upon your previous outing, make amends, re-strategize and to firmly consolidate on the gains already recorded and in the final analysis,  accelerate the tempo of national progress, unity and stability on rectitude.

Without cultivating rectitudinous and positive change of heart to public and private business or enterprise, and failure to imbibe spontaneous ethical revolution towards national growth and development,  without let or  hindrance; fine policies and programmes  enunciated by  his  governments (federal, state and  local) towards  national development goals, will be tantamount to mere sound and fury  and not  worth the papers on which they are written.

Your antecedents and pedigree in the commanding heights of the national economy as former governor, Minister of Petroleum and to cap it all, former Head of State though in a brief spell. As a person and senior official  with an aversion to corruption, corrupt practices and to any form of malfeasance.

His  Excellency is in the neighbourhood  of 80 years old. This no doubt serves you in good stead to be unafraid as time is no longer in your favour. This is the right time to take far reaching decisions, take the bull by the horns; strike the iron pieces on the anvil where it is hottest for lasting impression by laying rock solid foundation for prosperous and united Nigeria, Where no political scaly wags will come and rubbish the  country after your exit come 2023 and beyond.

As a dyed in the wool Fulani, your appearance as a shy and reticent personality should not be misconstrued as  arrogance nor diffidence lacking self confidence. But in the endeavour of taking pains in clone study of the situation and thereafter take necessary plunge to reach the  ultimate  goal as an average Fulani herdsman  as a good shepherd  will not be stampeded into any rash decision. In a calculating, sure and dogged manner guide his flock to safe destination free from being killed in a terrorist ambush.

In the similar manner, His Excellency should take proactive measures, this time around and quickly nip in the bud all  manner of challenges and problems that monstrous reptile try to swallow the nation.

His Excellency, it is tautological  to say that corruption in the public office is the bane and nemesis of the economy. If not frontally  attacked and destroyed at its root, it will rear the ugly head and  destroy the corporate existence of the country before our very eyes, Sir. Corruption is hydra-headed monster that has refused to subside and recede away from the financial system of the nation.

The more we talk about the enormity of corrupt practices as impediment in the smooth running of  the administration, the more the scape  graces and their cohorts  that  pillaged the economy for 16 years under the auspices of People’s Democratic Party (PDP) continue to rationalize that you either have no clues to the nation’s multidimensional problems or your administration is not prepared for real governance. That your are out for political jamboree. Far from it.

His Excellency must go full throttle by marshalling required forces including executive powers  to quickly within three months bring all the economic  vampires that  looted and stole government treasury blind to book.

The administration must, without further delay set up  mobile courts in synergy with the ICPC and EFCC in bringing the looters and rogues to speedy trial.

The economy must be rejigged  and overhauled; the recovered looted funds should be ploughed  back to the economy for rejuvenation  to grow  agriculture, commerce, education and health in comatose.

His Excellency, this readily comes to mind the rationale behind the recent re-appointment of Mr. Godwin Emefiele, the Governor of  Central Bank of Nigeria (CBN) for  another term in office having not done much to bolster and strengthen the value of our currency  that is fast depreciating in the world market.

However, I salute the courage of Godwin Emefiele for his  confessional statement while appearing before the senate, about his  failure and inability to uncover the intransigence of the unnamed economic saboteurs that thwarted his drive for economic recovery.

That excuse,  His Excellency as flimsy and untenable should  have disqualified  Emefiele in an ideal senate and cost his re-appointment, and  appointment to bring  on board a new hand that keys into the  pragmatic and drastic approach required to bail out the economy from the  trough of quaquire and the attendant corruption euphemistically styled economic recession.

His Excellency will agree with the writer a staunch APC party man that there is urgent need to recharge the economy for optimal performance; to enhance the value of the naira  and  kobo  bto  compete favourably and even be at par  with the US dollars and the British pound sterling. If  we cannot with immediate effect go back to the pre -military  era when our Nigerian currency and even the naira and kobo got more value and strength than the British pound and the so called American dollars that have recently usurped pre-eminent stage in the finance of the country.

Sir, with due respect, I make bold to submit that this scenario is the hangover of new colonialism and fascism  that  will not only hamstring our independence and sovereignty  but miserably consign the nation’s economy perpetually on the  apron string of American and other Europeans’ imperialism. It is food for  thought.

What I am saying in essence,  Your Excellency from the foregoing and person  or group of persons that covertly or overtly moves to subvert and sabotage the laudable policy to revive the economy should be exposed and ruthlessly be  deal with according to the extant laws  of the  land. Such a person or group are traitors; not be treated with kid gloves and dubbed a sacred cow as he latter no longer in existence in India.

It is the people and character that run and rule the nation. As the nation, deserves the type of government it gets, people of proven integrity, good and fair  conduct and character driven by mission and nationalist fervor to transform the country into prosperous and more secured polity should come forward to the rescue  of our nation from the strangle hold of  unrepentant obdurate wicked and  powerful oligarchy.

The entire country is the constituency of Mr. President Hence, His  Excellency  reserves the right  and freedom to spread his tentacles across the country and choose the next cabinet san ethno  religious  and partisan  political considerations on which the  outgoing  first term is  severely  criticized  for lopsidedness on the selection of political functionaries in federal ministries, parastatals  and agencies. The  nation is quite  endowed  with  the reservoir of personnel retired or still serving  in the private  sector, enlightened and committed to fastrack development in the nooks and crannies of the country.

I humbly recommend for His Excellency 60%  from the  political  class and 40% astute technocrats of the  progressive  mould  imbued with passion, and  great vision in tandem  with the zero  tolerance for  greed and corruption  which is the trademark of  your administration. Besides, the next  cabinet should  be compact to only reflect the six geo- political  zones  still in operation, should cut  across various  associations  like the women and  youth councils  of Nigeria  fully committed to the  oneness of the nation and not impinged on violent  ethno religious and  parochial interests  designed  to polarize and divide the  country.

In this  connection,  His  Excellency must count  himself  lucky as destiny in its  inscrutable manner  beckons another rare opportunity  on  you Sir, to   correct the monumental and fundament wrongs  and to do what your erstwhile boss in the  military, former Head of  sSate  and later elected  president, General Olusegun  Obasanjo  undid to  slow down the  pace and even at some critical juncture halted  the democratic progress  and  development of the  country  nascent  democracy.

For  General Obasanjo, as first elected president in the 4th Republic politics, he ought to  have curtailed and reduced  the excesses, and  the financial squandermania, the  voluptuous  tendencies of the National Assembly  now  becoming  an uphill task and albatross for the nation.

On the  contrary, the  ex-president, General  Obasanjo  gave vent to National Assembly members’ lasciviousness, profligacy in a reckless  and  brazen  manner  suggestive  of giving  Obasanjo  soft landing for his dreamy and  unconstitutional third term in office.

His  Excellency,  characterically is a  thoughtful  reserved  personality  given to   laconic  and quiet  disposition  and  pronouncement in  carrying  out policies that will promote  the corporate  existence of the country.

The bottom line is  this Sir, you must  promptly  deploy  the human ingenuity and your  nationalist  credentials  to set in motion  necessary machinery  for the restructuring  of the country  without  further delay.

Happily and interestingly, a renown human  rights’ activist, erudite lawyer  and chieftain of  All Progressives’ Congress (APC),  Dr. Tunji  Abayomi  said if you, as president  really wants to promote  true federalism in Nigeria, there is need for a new constitution.

His  Excellency should strive hard and work  with every  ounce  in his  body  amongst  all genuine  stakeholders of Nigeria’s  project  with  a  view  to  bequeathing worth legacy, leaving the country  more virile  united  and prosperous  than you have  met it.

Lastly,  His  Excellency should as a matter  of  course  be  circumspect about the issue of local government  which is purely  constitutional lest  the president  run foul of the law and simultaneously be accused  of running  a unitary constitution  under  the false  garb of federalism.

1999  constitution  (as  amended)  expressly assigns  state  government and the legislature as the state organs having overriding influence on the  local  governments Federal  government  can only play advisory role  and ensure  through constitutional means that elected  local governments are allowed to run its statutory  terms without let or hindrance.

Besides,  His  Excellency  has a lot  to contend  with  and time is  hard and precious, running out for your  administration to dissipate much  energy and time on  issue  outside your province outside  your province (that  can be tackled  by other  public  functionaries  in the state or local government)  whilst other  pressing and knotty subjects of great and  national import like security, economy  and administration  crying  to high heavens for justice.