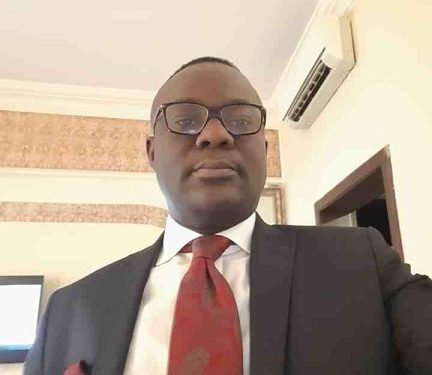 In order to ensure that more civil servants are enrolled into the Orange Health Insurance Scheme (ORANGHIS), of the Ondo State Contributory Health Commission (ODCHC), 180 adhoc staff trained by the commission on  the enrollment procedures of the scheme.

The one day training which had them trained in two groups comprises 90 adhoc staff in each group with a Local Government having 10 representatives.

Speaking briefly with The Hope, Director, Planning, Research and Statistics, Dr. Mojeed Oyeneyin said that the enrollment cuts across the 18 Local Government Areas of the state, noting that they have been brought on board to speed up the enrollment process which according to him is expected not to exceed three weeks.

He explained that enrollment had earlier commenced for ORANGHIS , and  access to care by enrollees has started, saying “that is why there is the need to speed up the enrollment process so as to cover about 90 percent of civil servants and other beneficiaries.”

He added that measures have been put in place to ensure that the adhoc staff give their best to the exercise, stating that there will be supervisors to oversee their activities for the overall success of the process.

In his opening remarks, Director – General, ODCHC, Dr. Abiodun Oyeneyin while congratulating the participants disclosed that ORANGHIS was flagged off by Governor Oluwarotimi Akeredolu in September  22, 2022 for the benefit of residents, adding that they have been brought into the system to improve and  expand the process.

Represented by Director, Standard, Quality and Assurance, Pharm. Amos Aiyegbusi, he stressed the need for them to be dedicated  for effective outcome.

Commending government for putting the training in place, he called on them to pay attention, ask questions when necessary and also take the exercise with utmost sincerity.

Speaking on the objective of the training, details on ORANGHIS and confidentiality of information, Dr. Mojeed Oyeneyin who noted that ORANGHIS covers the principal, spouse and children said that the adhoc staff will be called upon to enroll the children who according to him should be less than 18 years.

He said that the enrollment exercise starts next week across the 18 Local Government areas of the state.

He, however, stressed the need for them to embrace confidentiality of information while on the field.

Pharm. Ebi Ofiyesika put the participants through  the accredited health facilities for ORANGHIS.