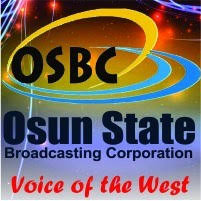 By Fisayo Akinduro
|
Osun state government has set up a 7-man committee to revitalize the Osun State Broadcasting Corporation (OSBC).

The governor, Gboyega Oyetola while inaugurating the committee disclosed that the revitalization is not meant to downsize the station but to ensure that the mission and vision of the state owned media outfit are carried far and wide in line with the 21st century broadcast standard.

The governor noted that OSBC is the voice of the government to the people and vice versa and must be guided and guarded to perform it’s duties.

He said the committee was put in place to ensure the facilities, operations and personnel of the firm are refined and re-energised in other to be in tune with international standard.

The committee have been charged to seek out challenge preventing OSBC from performing optimally, examine the ratio of personnel to work and broadcast content and make recommendations under two weeks.

Oyetola appreciated the founding fathers of the station and also his predecessors for giving  it an agreeable environment to perform.

Earlier, the Supervisor for Information and Culture, Mr Adelani Baderinwa observed that Oyetola-led administration is eager to have a station that would compete with international firms with the assurance that the committee’s report would be implemented.

The Chairman of the committee, Mr Obaniyi Akinwale thanked the governor for giving them the opportunity to add value to broadcasting in Osun.

He stressed that the committee will give the job at hand a professional charge.