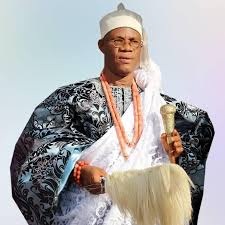 By Sade Adewale
|
In his bid to end youths involvement in cultism, the Osemawe of Ondo kingdom, Oba (Dr) Victor Kiladejo is to train and empower youths who have renounced cultism in the kingdom.

He declared this while addressing the youths and elders of the kingdom at his palace.

Kiladejo said the training is to enable them acquire skills of their choice, as well as empower them to reduce unemployment and illegal acts to the barest minimum.

Speaking earlier, the former Vice Chancellor, Wesley University, Ondo, Professor Olusola Aderohumu said Ondo is the first city in the South West to take this kind of action that will alleviate  the poverty affecting youths who are parading themselves as cultists.

He noted that if the people in the society have done the right thing, this kind of anti-social behaviour would not have occured.

Aderohumu said the training is to help youths who unfortunately went into cultism become entrepreneurs.

Also speaking, the Vice Chancellor, Ondo State University of Science and Technology (OSUSTECH), Professor Sunday Ogunduyile said the meeting was to reform the lives of youth who renounced cultism in the kingdom by supporting them in skills accqusition and also for those that want to continue their education.

Iyalode of Ondo Kingdom, Chief Mrs Olufunke Ibiyemi stated that the aim is to have a turn around for the youths in order to make life better for them.