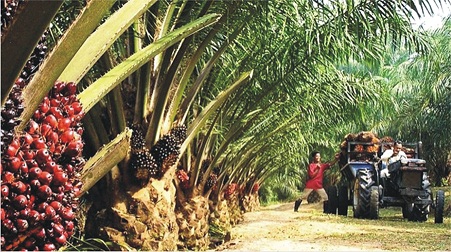 Ondo state government has stated that it would project the Red Gold project for the economic prosperity of the state during the celebration of this year’s International Agric show and food fair.

The Ondo state Chairman of Agricultural Commodities’ Association (OSACA), Mr Gbenga Obaweya stated this in a chat with The Hope in Akure.

He said the state will be celebrating the Red Gold which is a new era of celebrating the oil palm value chain which had great potential for job creation and economic prosperity.

He said farmers are looking forward towards comferring the award of distinguished champion of Red Gold in Nigeria to the state Governor, Arakunrin Oluwarotimi Akeredolu as a mark of honour for all his efforts to promote the oil palm value chain in the state and the country at large.

According to him, the Central Bank of Nigeria is also on the train as part of the economic prosperity so that it comes through the Red Gold as against the black Gold which crude oil has occupied over the years.

“We have been able to get words from our sister neighbouring states in the southwest for participation and participants from Malaysia to celebrate the Red Gold with us,”

Obaweya explained that Malaysia with other countries will also be in attendance to project the Red Gold, saying this year’s show will be far better than that of last year which he said will continue to improve for prosperity.