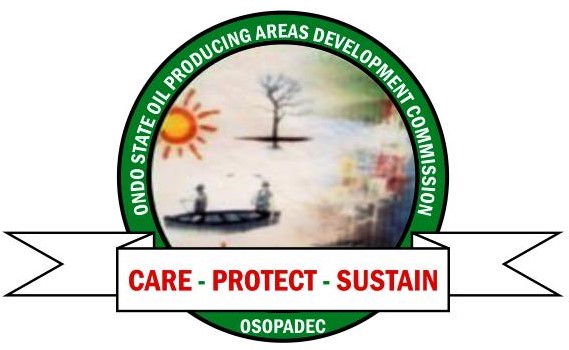 The Fish Smoking Oven and Vegetable Drier can conveniently roast 150 kilogrammes of fish and 100 kilogrammes of crayfish as well as snails at a single loading session thereby eliminating the traditional method of roasting fish and crayfish with firewood flames.

The machine also has a special switch over mechanism for drying vegetables including bitterleaf,ugwu,okro and tomatoes as well as yam and plantain.

While commissioning a prototype of the machine at the commissions of head office in Oba-Ile, Akure, the Chairman of OSOPADEC, Honourable Olugbenga Edema noted that the new technology was introduced to the commission by the manufacturer through the Nigeria Export Promotion Council (NEPC).

Edema added that the commission has tested the machine and satisfied with its operational capacity in relation to the needs of fish traders in its mandate areas is ready to produce it in large quantities and introduce it to fish traders in the area.

The OSOPADEC Chairman noted that one of the challenges hitherto facing fish traders in its mandate areas is their inability to get firewood in the forests and charcoal to roast their fishes and crayfish.

Edema however averred that with the new machine, OSOPADEC will enhance value chain and improve the earnings of fish traders in its mandate areas while also boosting the marketability of their products for both local sales and foreign export.

He added that the machine’s operational method is very easy to understand hence women with little or no education can operate it.

While speaking on the financial capacity  of the fish traders to procure the machine, the OSOPADEC Chairman said the traders will be grouped into cooperative societies of between ten and twenty members and provided the machines on loans which will be repaid within two or three years.

Also speaking at the event, the producer of the machine, Engineer Olumuyiwa Olu Ayegbusi who described the technology as first of its kind in Nigeria noted that apart from roasting fish and crayfish in large quantities, it also has a special switch over mechanism that can dry vegetables including bitterleaf, ugwu, okro  and tomatoes as well as yam and plantain.

Ayegbusi said the new technology saves energy and cost while the final output has no smoke on its layers thereby meeting international standards for export.