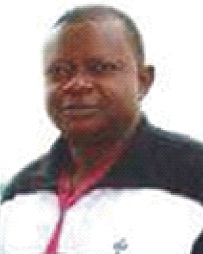 By Femi Atolagbe
|
The Acting General Manager of the Ondo State Sports Council (OSSC), Wande Fabuluje, has said his priority would be an all-round development of sports in the state.

He disclosed this to newsmen at the Ondo state sports complex in Akure the state capital, during  his first official resumption as the acting general manager of the council.

Fabuluje said he will use his connections to bring development to the State Sports Council.

“I will strive to promote sports the best way I have always known, with all the sports in the state developed without neglecting one for another,”

He said he had already met with all the directors of the various 20 sports associations in the Sports Council to begin the process of developing athletes from the grassroots.

“However, we need the help of the State Government. Sports is money consuming, in terms of the equipment and facilities.

“So, we will talk with our state governor, through our Sports Commissioner. We know he is a sports lover, as he has been giving out awards to athletes who have done well.

“For instance, we can all remember what the wrestlers did recently, and plans have been concluded to honour them.

“But what seems to be delaying this is that the governor wants to be at the event in person. He has approved the award. So, if all the sports come back with laurels like that, they will surely be encouraged,” Fabuluje said.

He gave the assurance that most of the athletes who left for other states would surely come back before the National Sports Festival scheduled for later in the year in Abuja.

Fabuluje disclosed that discussions were underway with those who left the state to return “home”.