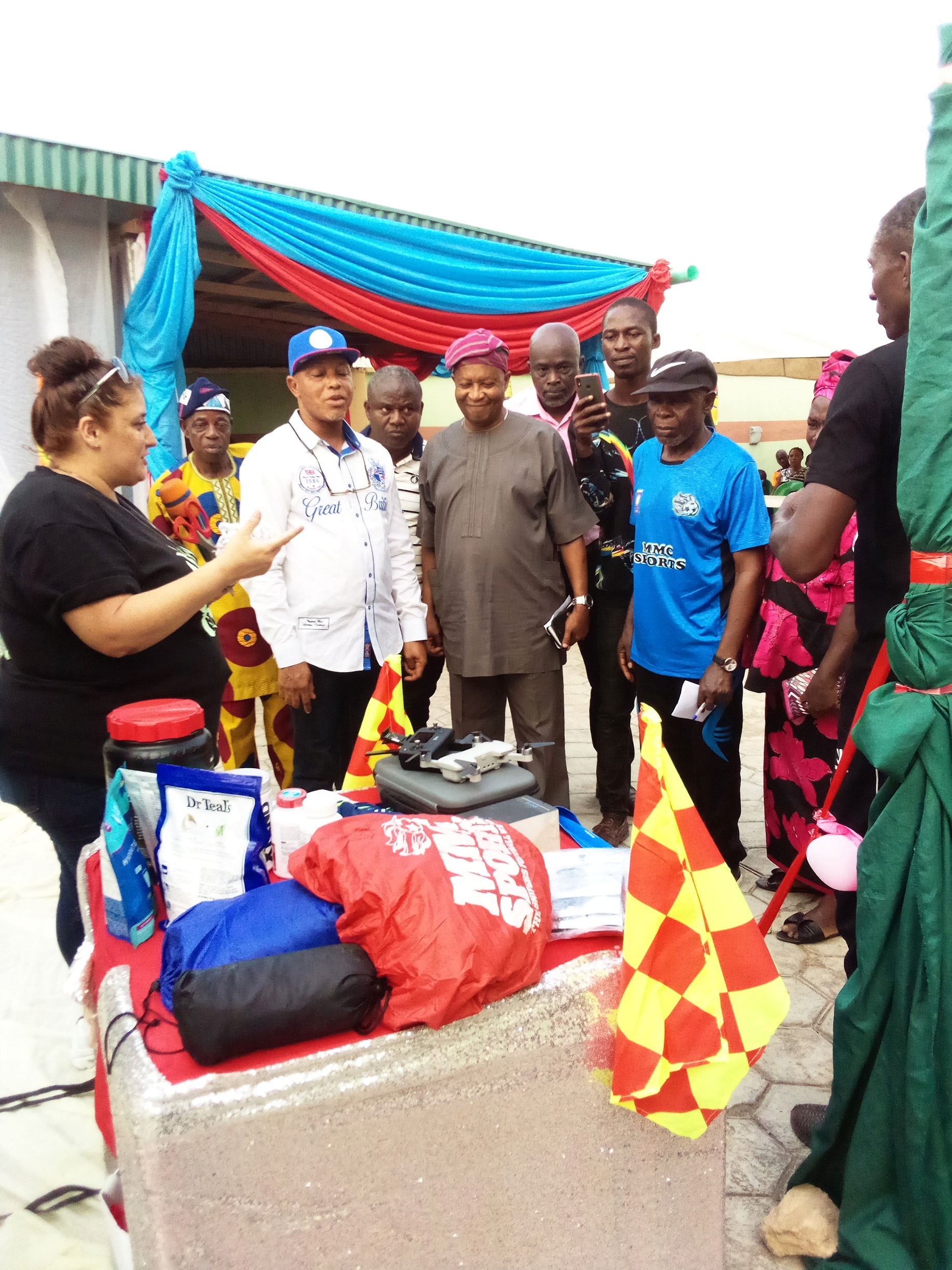 The General Manager Ondo State Sports Council (OSSC), Mr Henry Omoyele Babatunde has urged Sports enthusiasts in the state to take a cue from the proprietor of the Snippers Football Academy Sports in developing the game of football from the scratch.
He stated this during the launching and unveiling of the Football Academy in Akure the state Capital.
According to him, “sports generally is a veritable tool to take the youths off the social vices, I’m reiterating the call on all sporting loving individuals and corporate bodies to join hands with the government to return the state to where they belong in sporting arena.”
“I’m always happy whenever I see a catch them young program of this nature , without mincing words, I congratulate and commend the management of this Academy for putting this kind of equipment on ground to improve the lots of our future Stars.”
Also speaking ,a former Works and Rangers International player, Ade Gbangba, a guest speaker at the event advised players to always play safe in other to be able to play tomorrow, adding that they should also be careful of the kind of friends they keep.
He urged the kids to take their training serious, because football has become a profitable venture unlike in the past when they played for fun of it, with discipline, dedication and determination sky will be your starting points”, he said.
He added “that they should combine their football career with education, make humility your watchword, don’t be far from your parents, respect them ,above all don’t forget your source , remember your managers when you are up there”.
Earlier in her welcome address, the President of the Academy, Mrs Monica Odinaka said the Academy was founded basically to impact lives and create opportunities for the youths in the state .