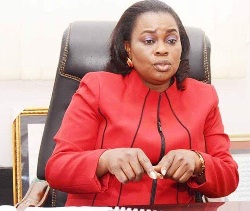 Media Practitioners have been urged to intensify efforts on their sensitization programmes and see COVID-19 as a collective battle which requires collective approach to overcome.

Osun State Commissioner for Information and Civic Orientation, Mrs Funke Egbemode made the call at a one- day Media Advocacy Meeting on “Covax Update” with Local Government Information Officers and Media Organizations in the State.

Egbemode, who was represented by the Coordinating Director in the Ministry, Mrs. Bukola Aderibigbe, commended the State Governor, Gboyega Oyetola’s efforts in curtailing the virus, since its outbreak, in the interest of the masses.

While explaining the essence of the meeting, Egbemode averred that the media remains a viable tool of delivering health behavioral change and risk reduction, regardless of the complexity of health issues.

She stressed that it became imperative for pen pushers, as part of their responsibility, to restrategize on how to encourage those that were skeptical about the efficacy of COVID vaccine to embrace it without any fear of negative effects.

She identified renovation of 332 health centres across the State with adequate motivation of health personnel to enhance productivity, creation of Osun Health Insurance Scheme, continuous procurement of drugs with medical equipment, regular training of health personnel and outstanding performance among others as part of efforts to guard the State against COVID-19.

She advised journalists to see the challenges of the novel virus ravaging the world as a collective battle which requires collective drastic approach to overcome.

Speaking at the occasion, the communication for development specialist, UNICEF, Akure Field Office, Mrs Aderoke Akinwole commended the media for their untiring efforts on campaigns against the  virus.

She, however, expressed disappointment that the state has dropped from its earlier 3rd position in the Covax immunisation ranking, to the sixth position due to general unfounded fear of negative reaction to the vaccine.

She explained that much was expected from the media in the area of aggressive awareness to every nook and cranny of the State, especially the rural areas to correct the mis-conception about Covid Vaccine.

Also speaking, Director of Immunization programme in Osun, Mrs. Taiwo Adeniji harped on the need for people to adhere strictly to all the COVID -19 safety protocols.

She advised those who are yet to be immunized or complete their jabs to do so in their own interest and in the interest of the entire humanity.