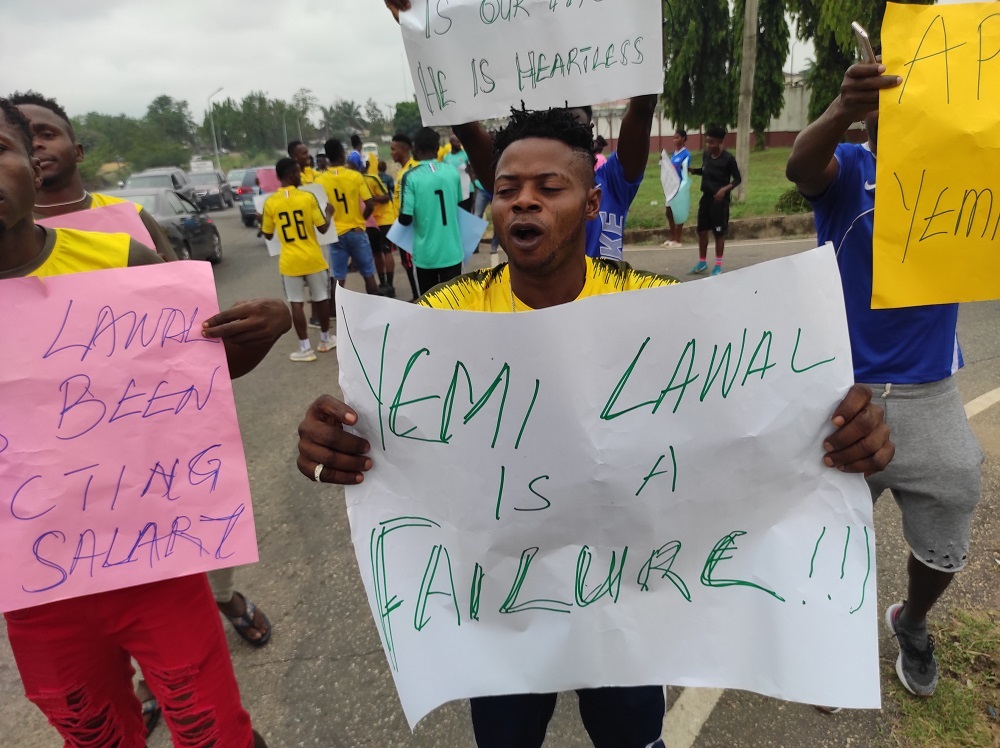 Players of Osun United Football Club and Osun Babes Football Club have staged a peaceful protest over non-payment of their salary.
The protesters converged at the entrance of the government House in Osogbo, singing and crying for payment of the salary.
The governor’s security aides were seen pleading with the protesters to leave, apparently to allow the governor to move to his office.
The Captain of Osun United, Olalere Akeem and the Captain of Osun Babes, Ester Elaija, said the footballers were not happy because of the situation.
They said their league is on and that they were suffering. They urged the governor to intervene, pay their salary and change the commissioner.
The footballers said they could not meet their financial obligations.
Some with school age children said their wards have been driven out of school for not paying fees.
The footballers including the Osun United and Osun Babes said they have not received salary for months and that they need money for Xmas and New Year.
One of the governor’s aides who could not be identified persuaded the players to stop the protest and started crying when the players refused to listen to him.