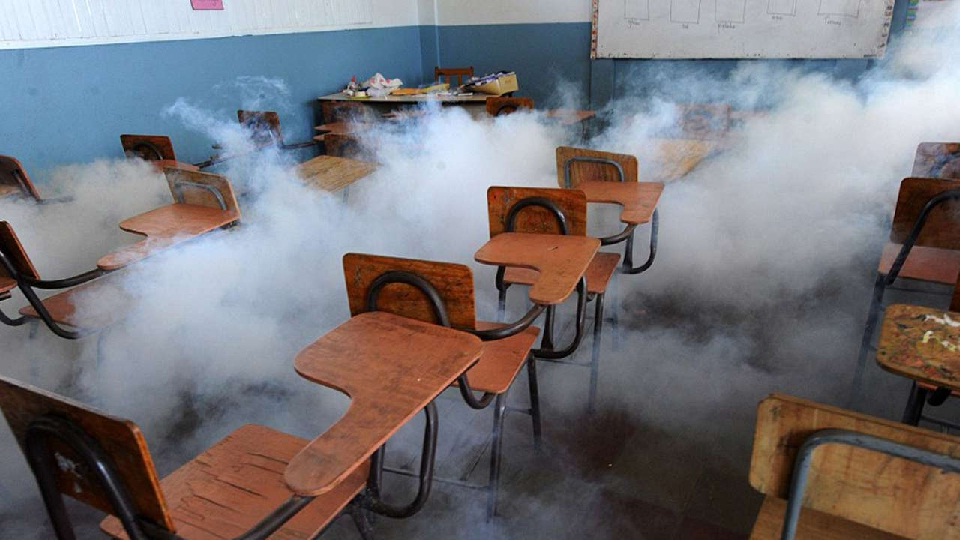 In a bid to ensure the safety of students and teachers, Osun State Government has commenced the fumigation of 188 registered public and private schools in the State.
The fumigation was done in line with the directive of the Federal Government on the partial re-opening of schools for the conduct of various national and sub-regional examinations.
Commissioner for Environment and Sanitation, Sola Oladepo stated this while briefing newsmen on the on-going fumigation exercise of schools embarked on by the State government.
Oladepo maintained that the ministry has made arrangement for 15 fumigation teams led by sanitarians to clean and disinfect the nooks and crannies of the schools visited in accordance to COVID-19 guidelines.
He noted that government has provided necessary equipment and materials needed for the exercise, saying each team is expected to fumigate between 15-18 schools per day so as to cover most areas before the resumption day.
The Commissioner then called on proprietors of private schools to cooperate with the state government by following the guidelines given by National Centre for Disease Control (NCDC) on COVID-19 pandemic.
Thereafter Osun decontamination team visited some schools in Osogbo the State Capital including Saint Charles High school to monitor the fumigation exercise.
It could be recalled that after a virtual State Executive Council meeting held on the 27th July 2020, teachers in the state of Osun are to resume on Tuesday August 4 while students in the final year in secondary schools are to resume on Thursday August 6, 2020 for two weeks tutorial in preparation for the West Africa School Certificate Examination which is to commence on August 17, 2020.