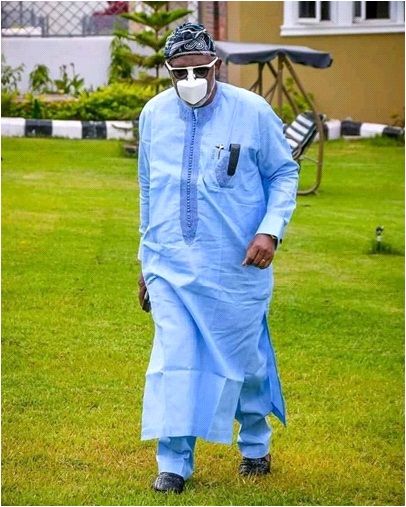 Osun indigenes residing in Ondo state have assured of their support for the re-election of Governor Oluwarotimi Akeredolu on October 10.
The spokeperson of the Osun State indigenes residing in the State, Mr Folarin Ayede gave the assurance when the group paid a courtesy visit to the APC Secretariat to register its support for the party in the coming gubernatorial election.
According to him,”Looking at the overall picture over the past years, all the past governors in Ondo State have something that always go against us, until Arakunrin Oluwarotimi Akeredolu came on board and took the issues of non indigenes residing in the state as priority. He did appoint some of us into high positions in his government.
“We are mobilising our members in the state for his reelection. For all he has done and the much more he has promised to do for us is something to hold on to. We expect a record, high, number of indigenous voters, especially, from Osun State to vote in his favour at the October 10 poll.”
While thanking them, the APC Chairman in the state, Mr Ade Adetimehin commended the Osun State indigenes who are members of APC for their commitment and loyalty to the party.
The chairman said, “Osun indigenes in our party are doing well, they are very faithful party people who always stand by the party. They have remained committed to the ideals and ideologies of the progressives.”
Adetimehin, particularly, thanked his Osun State counterpart, the Chairman of APC in Osun State, for leading the delegation to the Secretariat. He commended him for the visit saying it will serve as a moral boost to the party in Ondo State. He expressed his joy and satisfaction in the confirmation by the group that Osun indigenes living in Ondo state will cast their votes for the party in the coming election.
According to a release by the APC Director of Media and Publicity,Mr Steve Otaloro, Adetimehin recalled that when Osun State was in the fold of the opposition, God used the progressive states, including Ondo, to provide support for them in their governorship election. He said, though, Ondo remains a progressive-fold party, yet, the support of the Osun State APC is needed to get the party in the state to the promise land.
Mr Adegboyega Famodun, the Chairman of APC in Osun State, commended the operational system of the Ondo State APC towards the coming election. He reiterated the need to be fervent and remain committed to the course of rallying the party to a resounding victory.
Mr Adegboyega condemned the idea of criss crossing parties at election time for personal benefit. He said that people who do that will, definitely, meet their waterloo at the poll.
All the Osun State indigenes who spoke during the parley promised to work, assiduously, towards the victory of Arakunrin Oluwarotimi Akeredolu in the October 10 governorship election