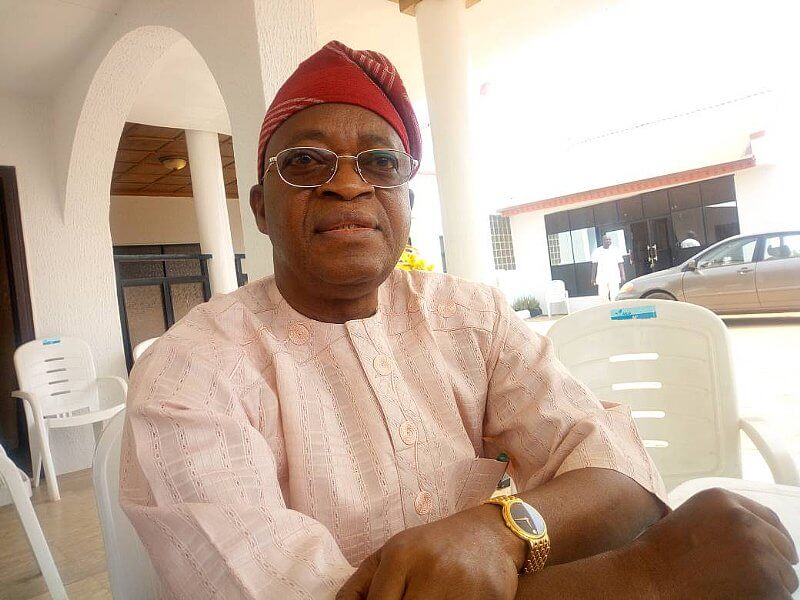 The immediate past Governor of Osun State, Adegboyega Oyetola has affirmed Osun’s readiness to vote en masse for the All Progressives Congress (APC) presidential candidate; Asiwaju Bola Tinubu at the February 25 general elections.

Oyetola, who made this affirmation during the visit by the members of the APC Presidential Campaign Council, Media and Publicity Directorate, Osun State chapter, stressed that Asiwaju Tinubu is the candidate to beat describing a shinning light that lights up everywhere he steps into.

“Judging from his antecedents in governance, policy reforms that has positively shaped the Nigeria we know today, infrastructural strides the has also remained a steadfast democrat.

“Osun is ready to vote in Asiwaju Bola Ahmed Tinubu come February 25th,2023. He remains the candidate to beat as other candidates are just unnecessary interludes. BAT is the preferred Spice. He’s loved and accepted by the people and he’s a shinning light that lights up everywhere he goes.

“BAT has  contributed immensely to the success Nigeria has recorded in history and he deserves to be voted in to do more, so I can assure you that Osun is ready to vote for BAT massively ”. Oyetola added.

Oyetola went further to appreciate the efforts put in place by the campaign council to promote the Tinubu/Shettima candidacy in the State and pledged his unflinching support towards the successful execution of the Directorate’s assignments for the success of the presidential election.

“I have been briefed on the efforts put in place by your Directorate to promote the Asiwaju/Shettima candidacy in the state and I appreciate you all, please do not relent, continue to do more and I pledge to support you however way possible. Welldone”. Oyetola assured the members.

In his remarks, the Osun State Chairman of the campaign council, ,Mr. Abimbola Tooki, extolled the governor on many of his giant strides recorded in the state during his administration and stated that Oyetola will surely reclaim his mandate.

He also thanked Oyetola for his assured support towards the Directorate and promised that members are already charged to do more.