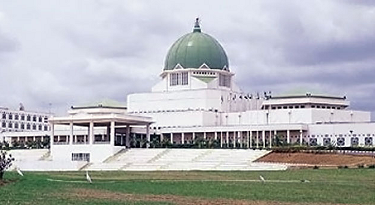 From Fisayo Akinduro, Osogbo
|
Newly elected National and State legislators in Osun state have been urged to be disciplined and selfless in their dispensation of duty by upholding the tenets of the party.

The Chairman, Igbimo Agba of the All Progressives Congress, Engr. Sola Akinwumi gave the charge during a two-day seminar titled: “The Role of Political Parties In The Sustenance of Democracy ” organised  for elected Federal and State legislators in Osun state yesterday.

Akinwumi stressed that the popularity of a party and its ability to win elections depend on the acceptability of its core ideological value.

He noted that party supremacy is basic to democratic governance and a candidate is elected because the electorate considers that the party’s programmes are the most preferred.

“The lack of cohesion and discipline within the ruling APC led to a string of defections and some electoral losses just as it happened to the Peoples Democratic Party, (PDP.)”

The elder statesman said parties must be allowed to operate in accordance with their core values to be able to entrench their supremacy and ensure discipline.

He called on the newly elected legislators to do a critical analysis of the effect of money on their elections and see whether such an exercise can be sustained for a long time.

He tasked the progressive minded party members to as a matter of fact, take the issue of party financing  seriously  hitherto.

Also speaking, the state chairman of the party, Prince Gboyega Famodun delved into some salient pieces of advice which will further enhance their opportunities as politicians and further cement the figment of the party.

He therefore called for a periodic briefing of activities which according to him goes a long way to show how accountable they are.

In his address, the state Governor, Gboyega Oyetola while appreciating the organisers of the programme noted that it came at a time when relationship between political parties and their legislators need adjustment.

The governor who was represented by his deputy, Benedict Alabi thanked the present and previous leaderships of the party, the legislature and the executive for their good examples which have delivered peace and sustainable development to the state.