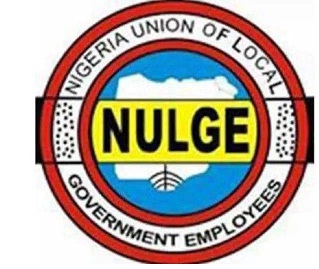 Ahead of the Local Government election in Osun state, the state All Progressives Congress, APC, has commenced sales of expression of form for aspirants who are interested in contesting .

According to reports , the expression of interest form for the Chairmanship aspirant was sold at N130,000 while a Councillorship aspirant also sold at N70,000 including administrative charges.

Some of the party members who spoke with our Correspondent under the condition of anonymity condemned the decision of the party for selling the form saying they supposed to have released it freely.

Reports had it that, some of the incumbent Caretaker Chairmen in their various Council areas are also interested in contesting for Chairmanship position in the forthcoming election.

But, the party is yet to release guidelines for the conduct of primary elections for both the Chairmanship and Councillorship aspirants for such an election which is 41 days away.

However, a source from the party informed our Correspondent that the party is confused over the legality of some political appointees, including the Caretaker committee members, to partake in it’s primaries.

But the Osun State Independent Electoral Commission, OSSIEC Law 2022 remain silent over the legality of the political appointees to participate in primaries, the electoral Act, 2022 requesting resignation before participation in the primaries.

According to Section 84 of the Electoral Act, ” No political appointee at any level shall be a voting delegate or be voted for at the convention or congress of any political party for the purpose of the nomination of candidates for any election”.

Efforts by our Correspondent to get reaction of the state’s party Chairman, Prince Gboyega Famodun proved abortive as his phone was unavailable as at the time of filling this report.

Meanwhile, the Peoples’ Democratic Party, PDP is the only political parties in the state declared their intention of boycotting the October 15 local government election.

PDP had gone to the Court seeking injunction to stop the conduct of the LG poll on the premise that APC were using such to defraud the State treasury and vowed to not to pertake on illegality.

The Party, however called the Inspector General of Police Alkali Baba to arrest those behind the plan LG poll in other not to plug the state into crises.

The State High Court has fixed September 13 for the hearing of the suit challenging the conduct of the election by APC and Oyetola.