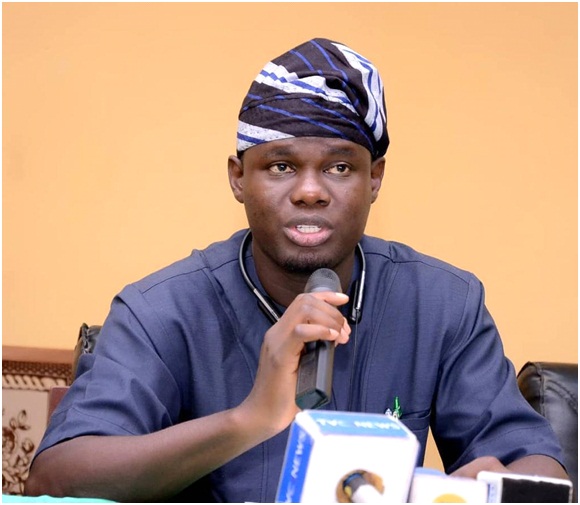 Osun State Government has restated its commitment to use sports and sporting activities as unifying factors to dissuade the youths from engaging in social vices.
Commissioner for Youths and Sports Development in the state of Information, Yemi Lawal stated this while declaring open the Inter-School Indoor Sports Competition organised as part of activities marking the 2021 Press Week of the State Information Chapel of Osun NUJ.
Lawal who was represented by the Director of Sports, Ministry of Youths and Sports Development, Mr Layi Adesiyan stressed that the administration of Governor Gboyega Oyetola will not relent its efforts in promoting and developing school sports in the state.
In her address, the state Commissioner for Information and Civic Orientation, Mrs Funke Egbemode enjoined residents of the state to always engage in sporting activities as means of getting healthy so as to stay fit at all times.
The Commissioner represented by the Coordinating Director in the Ministry, Mrs Bukola Aderibigbe also noted that sports if well harnessed have the capacity to generate employment opportunities for the teeming unemployed youths .

In the course of the program, Indoor sports competition were held among select secondary schools across the state as students from Obalaoye Grammar School, Ede, Ife-Oluwa Grammar School, Osogbo, Fakunle Comprehensive High School, Osogbo, Iloko Model College, Iloko  among others competed in Table tennis, Scrabble and Ayo Olopon games to the admiration of spectators who keenly watched  the sporting encounters .

It was another fierce encounter in the game of Ayo Olopon where a barely ten year old  Ige Julius of Obalaoye Grammar School Ede surprisingly  outshined Hammed Ismail of Adventist Grammar School also from Ede to clinch the first position.

Gift items were later  presented to all the participating schools at the end of the competition.

The Press Week of the State Information Chapel of NUJ will come to its climax tomorrow where the Governor of the state of  Osun, Mr Adegboyega Oyetola will be presented with an award of  the Best Performing Governor On Health Intervention.