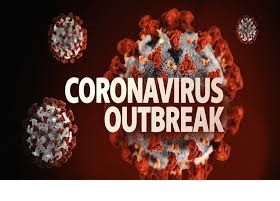 From Fisayo Akinduro, Osogbo
|
Osun State Government on Sunday announced the death of two  coronavirus patients in the state.

The State Governor, Gboyega Oyetola disclosed this during a press briefing at the Government house.

He said the deaths occurred in Ede and the other in Ile-Ife.

Oyetola warned citizens and residents of the State against breaching the COVID-19 lockdown directives aimed at halting the spread of the pandemic in the State.

This followed the report of 12 new confirmed cases in the State after almost a two-week lull without reporting any positive cases, one which brought the State close to achieving containment of the spread.

He said that the State did what it needed to do in the fight against the pandemic by responding early and reacting strategically when the situation placed a demand on the government.

“However, compromise and disobedience by some citizens has brought about a retrogression in the battle against the pandemic,” he said.

The effect of the compromise, according to Governor Oyetola, is the 12 new confirmed cases recently reported, and two fatalities, both of whom were males with underlying health conditions.

In his words: “the State of Osun made significant progress in the fight against coronavirus in two weeks, having no new confirmed cases and discharging 19 of the 20 successfully without any death. We were on our way to containing the virus, in spite of the galloping figures in other states.

“However, it is saddening that we have recorded 12 new cases in the State, including three of our health workers,  with two fatalities, both of whom were males with underlying health conditions”, the Governor added.

Speaking further about the locations of the newly confirmed cases, Mr Oyetola said that the cases emerged from Ede, Irewole, Ejigbo and Ife Local Government Areas of the State.

Governor Oyetola revealed that: “six of the new detected 12 cases were returnees from negbouring West African country, Benin Republic; two recently returned to the State from Lagos; three had contact with previous confirmed cases; while the remaining one, who was suffering from Tuberculosis, was hurriedly ferried in from Ibadan.

“The cases we have on our hands are simply the consequences of breaching the lockdown directives of the State Government by some citizens of the state”, he added.

The Governor appealed to residents to stop encouraging their families and friends, who are currently outside of the State of Osun, to return home, as doing so would further endanger the lives of those in the State.

The Governor also urged residents of the State to comply with the lockdown directive of the government as well as other precautionary measures, warning that continued breach of the directive would put the State at risk.

Furthermore, Governor Oyetola appealed to security agents manning the State boundaries to diligently search vehicles coming into the State under the guise of transporting food items, noting that some of them were being used for ferrying people into the State in clear breach of the lockdown.