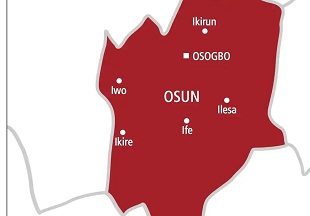 From Fisayo Akinduro Osogbo
|
The Nigeria Bar Association (NBA) Osogbo branch, has challenged the power of the Osun state House of Assembly over suspension of Ife North Local Government Chairman, Hon Taiwo Orosanya, by the legislators.

The association in a letter addressed to the Speaker, Mr Timothy Owoeye, and signed by the Secretary and Legal Adviser, NBA Osogbo, Messrs Saheed Abiona and Maruf Adediran, the association said the legislators went beyond its power to pronounce suspension of the elected Chairman.

The House had on Monday, May 4, 2020 ordered the local government boss to proceed on two months suspension over allegation of gross misconduct.

“We must, with utmost respect, state that the Assembly does not possess the power it purports to wield in this respect.

“We are not oblivious to the fact that the Assembly relied on “Section 11 of the State of Osun Local Government Areas (Creation and Administration) Law, 2015” to impose the suspension verdict on the chairman.

“We however wish to assume on behalf of the Assembly that the reliance was an oversight, as the said provision is no longer alive. It had long been killed and buried by the Assembly itself.

“The said Section 11 was enacted in 2015 to be an additional subsection to the provisions of Section 32 of the Local Government (Administration) Law, Cap. 72A, Laws of Osun State, 2002.

‘In other words, it was not meant to be an independent provision of the Osun State Laws on local government, but an appendage of the aforementioned Section 32.

“Mr. Speaker Sir, we understand that there could be some political reasons for the Assembly’s decision. However, it needs to be emphasised that a well-intentioned act shall remain null and void, no matter the beauty of its result, as long as it is against the law.