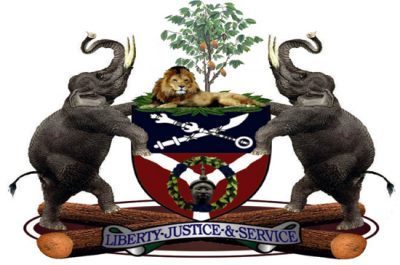 From Fisayo Akinduro
|
As part of efforts to secure the lives and property of citizens of Osun state, relevant stakeholders have been urged to support security agencies in tackling crimes in the state.

The state governor, Gboyega Oyetola and some service chiefs in the state made the call during a state security sensitisation programme organised by the Osun state government in Osogbo on Thursday.

Oyetola said the meeting became necessary to forestall kidnappings, drug peddling and rapes from occurring  in the state.

Oyetola said his administration will take a robust step to make the state safe, noting that the security of the state is a task for all.

He said the meeting came as a need to make the people of the state happy ad comfortable.

The governor said the suspension of mining activities in Zamfara state poses a threat to mining in Osun state.

In her address, the state Commissioner of Police, Mrs Abiodun Ige, while addressing stakeholders said the mining activities in the state has brought influx of migrants to the state, hence the need to take precautions on their activities.

Also speaking, the Director of DSS in the state, Barr. Dan Ekwuaba said some of the bandits banned in Zamfara state from mining are presently in the state.

On his part, the State Commandant, Nigeria Security and Civil Defence Corps (NSCDC), Mr Aboluwoye Akinwande said it was discovered that five trucks full of miners entered the state.

The Commander of FRSC, Mr Peter Oke said citizens should endeavour to inform unit commanders and other security agencies about suspected vehicles in their environment.

Earlier in his address, the Secretary to the State Government, (SSG), Prince Wole Oyebamiji, appreciated the state governor Oyetola for taking a proactive step by organising the stakeholders meeting in order to secure the state.

Responding on behalf of the monarchs, the Ooni of Ife, Oba Adeyeye Ogunwusi urged the people of the state to support Governor Oyetola for the progress of the state.

In their remarks, Chairman, Development for Gender Commission in the state, Mr Seye Ogunleye and the Orangun of Oke Ila, Oba Adedokun Abolarin said people should be mindful of selling lands to foreigners and urged the governor to make provision for the needs of monarchs for them to tackle insecurity in their communities.