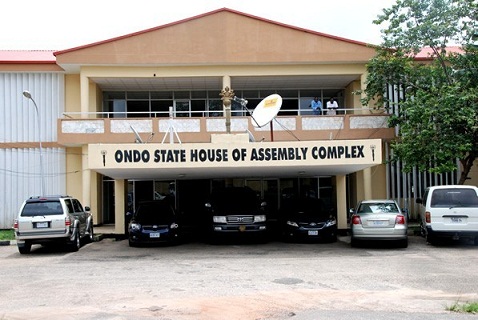 Our aspirations for Ondo State – Lawmakers

By Adekola Afolabi
|
The newly elected members of the Ondo State House of Assembly have promised to key into the present administration’s industrialisation plan and massive infrastructural re-engineering of the state by offering effective and qualitative representation in the ninth Assembly.

In separate interviews  The Hope, the lawmakers-elect, Mr Bamidele Oleyelogun who was re-elected for a third term, Toluwani Borokini, Ogundeji Iroju and Jamiu Maito all promised to facilitate various developmental projects across their council areas while the ongoing ones in the councils would be completed.

The ruling All Progressives Congress (APC) cleared 23 out of 26 House of Assembly seats in the House leaving the remaining three seats for the PDP and ZLP which won two and one seats respectively.

Mr Bamidele Oleyelogun representing Ifedore in the hallowed chambers promised not to disappoint the people but to serve their interests.

The Speaker assured the people that he would consolidate his numerous achievements in the areas of law making, empowerments for youths and women, skills acquisition programme, good welfare package for widows and the aged women as well as educational support for students.

Oleyelogun equally promised to facilitate various developmental projects across the local government area ,while the ongoing ones in the council area would be completed.

On his part, a newly elected lawmaker for Akure South constituency 1, Toluwani Borokini, promised to justify the confidence reposed in him by giving them real dividends of good governance.

He promised to offer quality representation that would change the narratives in the constituency.

“My campaign had always centred around capacity building among the young people, women and youth empowerment, education support for young people and the needs of our people in general.

Our youths and women need to be empowered and trained on how to do things for themselves.

According to him, he would kick start his  programmes for the people of his constituency immediately the 9th Assembly is inaugurated.

He debunked the claims that if a ruling party has the majority of lawmakers in the Assembly it would lead to “rubber stamp”, making the lawmakers dancing to the tunes of the governor.

Borokini assured that the lawmakers would always work for the overall interest of the state and the people at large.

The Member of House of Assembly-elect for the Akoko Northwest Constituency I, Suleiman Jamiu Maito has promised to give the people of the constituency a robust and quality representation when the next Assembly takes off.

Maito who is the incumbent member of the Ondo State Legislative House on the platform of the All Progressive Congress, APC, will be returning to the House for the second time courtesy of the victory he secured in the March 9, 2018 House of Assembly election in the state.

The legislator made this promise while speaking with newsmen in Agbaluku, Arigidi Akoko on Monday.

He declared that he has been humbled by the  mandate freely given to him.

According to him, he is ready to partner with the Ondo State government  to bring more development and dividends of democracy to the people and the area.

He however appealed to the people to rally round the APC controlled government in the state with their unflinching support for a resounding success.

On his own, Deputy Speaker of the House, Ogundeji Iroju said his re-election is a sign of better days ahead for his constituency.

Ogundeji a returning member of the House from Odigbo constituency I said his victory will enhance development to his people.

He pledged to give his best in terms of representation to his people by imitating legislation and projects that will have direct impact on the lives of his people.

The lawmaker who commended his people for their love for him and his party assured them that better programme and project will be improved upon for his constituency and Ondo State in general.

Member elect from Owo Constituency II, Dr Adeyemi Olayemi promised to change the past narration of confrontational between the legislative and executive arms of government through his initiation of grassroots development programmes and projects. 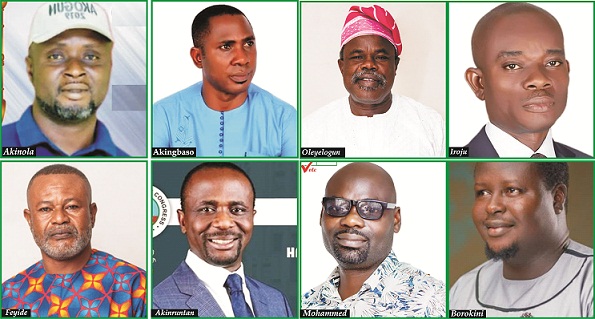