Our investments in education impeccable – Agagu 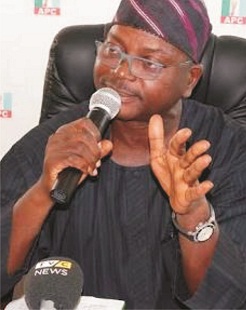 Mr Femi Agagu is the Commissioner for Education, Science and Technology. He speaks about the importance of adequate funding of education,  shortage of teachers and the need for collaboration between the federal and state governments.

The Federal Executive Council(FEC) recently resolved that the Federal and State Governments  should allocate fifteen  percent of their budgets to education, what is your take on this?

The Minister of Education,  Mallam Adamu Adamu announced that the government has declared a state of emergency in education sector. What that means is that the education sector  requires a special  attention much more than what it has been given  before and this issue of  the minimum fifteen percent of allocation is to re-emphasise that. So it is a  positive development.

You will recall that as soon as I was appointed as the Commissioner for Education, we organised an education summit. That shows education is very important to this government and that we do not have all the answers. You will also recall that the governor, before his swearing in, constituted some committees and one of them was on education. The committee came up with quite a number of recommendations which are contained  in  the Strategic Development  and Policy Implementation Committee (SDPIC) blueprint. That is what we have been implementing in a very  systematic way. Even the education summit that I talked about was one of the recommendations of the committee.

The education summit came  up with nineteen resolutions and we have been trying to address each of them as resources  allowed us.

We agree absolutely with the Federal Government that education requires special attention. We are also giving it that attention here and we are enjoying a lot of support from the governor.

It was observed that the funding of education in Nigeria  is below  the United Nations Educational,  Scientific and Cultural Organisations (UNESCO)  benchmark, what is your take on this?

The resources of government is limited. It is when resources are unlimited that you can insist that you meet a target in every sector. What UNESCO has prescribed is a target that everybody should work towards and you know the federal government made mentioned of fifteen percent. If  you cannot reach the UNESCO benchmark of twenty six percent, at least, make sure that it is up to fifteen percent, that is to ensure that the state gives enough attention to education.

In our own case, we have been doing better than fifteen percent. We are even striving to get to twenty six percent and I can see the government doing everything possible to achieve this.

By the time the present governor came on board, the state did not access the subvention from UBEC for four years because we did not pay our counterpart fund and in one first swoop we paid the four years arrears which were 2013,2014,2015 and 2016 and I can also tell you now that 2017 and 2018 have been paid, if not fully paid, almost fully paid and what that means  is that SUBEB is already compiling the work plan for 2017 and 2018 and as soon as it is approved in Abuja, work will start.

If you go round, you will notice  many of our schools are wearing  new looks,  particularly the primary schools, even some secondary schools. So by the time we access the 2017,2018 fund, you can be sure of more improvements. Even at the  level of the ministry, Mr governor graciously granted us one billion naira budgetary provision for renovation of schools. We have not been able to access it but we have the assurance that we will access a substantial part of it before the year runs out and that will be dedicated to secondary schools only.

Even if it is only our unity schools that we can make as models, so that people will know how we want all our schools to be.  At the end of the day, we will be able to extend it to all our 304 secondary schools in the state.

Officials of UNESCO at the seventh conference  of Africa Federation of  Teaching Regulatory Activities (AFTRA), in Abuja observed  that with the problem in the sector, it is now one hundred pupils per teacher as against the UNESCO benchmark of thirty five  pupils per teacher,and also National Union of Teachers (NUT) Ondo state, just made the same allegation, is this true?

For us in Ondo state, we are not in anywhere near that. Even at the time  SDPIC report was compiled, the data at our disposal was at one to thirty five for teacher/students ratio  and one to forty teacher /pupils ratios both of which are still within the prescribed range. I must also admit that there is shortage of teachers in our schools which has arisen out of depletion, either through people retiring, natural passages or death. For the secondary school, we have an accurate data and as at the last time we had the exercise, with the Teaching Service Commission (TESCOM), we realised that we needed one thousand two hundred teachers. They know the exact numbers of  teachers per subject that are needed. I insisted that we must also know the location where they are needed. There might not be shortage in Akure, Ondo but there might be in Ore,Ose and Ese  Odo. So we have accurate data and we are working along with the office of  the Head of Service. The plan of government is that before we go out to hire, we are considering the circumstances on ground, with workers on ground being owed salaries before this government came on board. So you have to look critically before you expand the size of the service again to the point that it will  be difficult to pay.

So let us look at the mainstream of the service and see if  there are people who majored in education but are doing something different or  people who were teaching before but have used their connection to migrate  into the mainstream of the service. Let’s call them back into the system so that when we had done that we would know the exact number we have left. Government can go ahead and hire knowing that there is no other thing  we can do and we trust God that we have resources to pay them. For SUBEB, I do not have  their data. I heard some complaints that there were some schools  that have acute shortage of teachers but they have not obliged us with  their figures. I believe they are handling that. Even when the NUT asked me, I told them “to go to SUBEB”. But we are working closely with TESCOM.

Are you assuring us that there will be more teachers in schools soon?

As soon as we get the reports from the office of the Head of Service, we will set in motion the machinery to ensure we fill those vacancies.

For Nigeria to achieve the 2030 UNESCO goal in education what is the state government doing?

We have even engaged the services of  some financial experts to ensure that the exercise is  successful and we are able to create a purse  for the development of education. I think this will go a long way to help us. We are going to structure it in such a way that it will be sustainable.

Not too long ago, the Executive Council approved one thousand naira education levy which would  make all taxable adults to contribute one thousand naira to education yearly. This  is in addition to the traditional sources of funds for the Endowment Fund. We are also going to enlist the support of Development Partners and Donor Agencies. We believe that all these will go a long way to  augment  education funding.