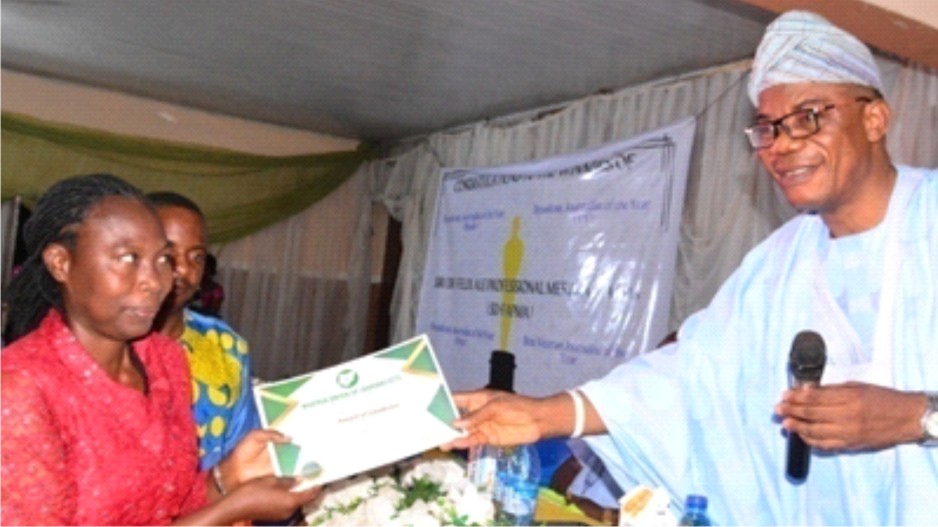 It was another sweet smell of victory for Owena Press Ltd, Publishers of The Hope Newspaper on Friday as four of its reporters won five awards at this year’s merit award by the Ondo State Council of the Nigeria Union of Journalists (NUJ).

For four consecutive years, reporters from the Owena Press stable shone like stars and made a clean sweep of five out of the seven awards in the print media category.

At the event on Friday, Saheed Ibrahim won the most prestigious of the awards, ‘Journalist of The Year’ Award and Investigative Reporter of the Year Award. This was a feat achieved in the last year edition of the awards by Maria Famakinwa, of The Hope Newspaper.

In this year’s edition of the awards which were keenly contested, Saheed wrestled five other contestants who submitted entries in each of the categories to the ground.

Sehinde Omokoba won the Media Veteran Award, TV Producer of The Year was won by Michael Omotosho of OSRC while Patience Ibeh of Adaba FM won in the radio category.

The chairman, Ondo State NUJ, Prince Leke Leke got a Special Award of Excellence for good leadership and performance.

From left: Alhaji Lai Gidado, presenting an Award of Best Photographer of the Year, to Mr Peter Oluwadare