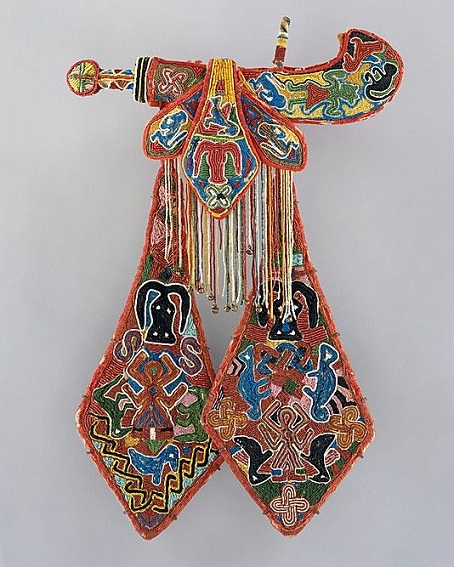 The Owo traditional musical instruments are many, but prominent among them are Oluseepe, Osinji, Bembe, others include wooden flute, agogo, Oseghe, Sekere and several others that are meant for great occasions in the ancient town.
As occasions demand, a particular musical instruments are to be used, be it, marriage ceremony, burial, naming ceremony, house warming, festival like Igogo and new yam celebration.
In oral tradition, Own traces its origin to the ancient Ile Ife, the cradle of Yoruba culture. Oral tradition also claims that the founders were the sons Oduduwa, Yoruba deity, who was the first ruler of Ile Ife.
The early art tradition and archeological records reinforced these strong affiliations with Ife culture. Owo was able to maintain virtual independence from the neighbouring Benin Kingdom, but was on occasion required to give tribute.
The transmission of courtly culture flowed in both direction between the Benin and Owo Kingdoms. The skill of Owo is Ivory Carver, was also appreciated at the court of Benin.
During the 17th and 18th centuries, Benin ruler increasingly utilized insignia made from Ivory and imported Owo art object and recruited its artisan for their own royal workshops. Owo came under British rule in 1893. After Nigeria independence in 1960, it was part of the Western region until 1967 when it bacame part of Western region. Owo and its indigenes played significant roles in the politics of the first republic of Nigeria. In 1976, it became part of the newly created Ondo State.
The palace of Olowo of Owo is the largest palace in Africa, having more than 100 courtyards called Ugha.
Drawing from the concept of traditional musical instruments of Owo Kingdom, the drums are peculiar to the people. Traditional drums are seen in different part of Nigeria and serve some purposes to the various communities where they are found. This is to say that the contents and use of traditional musical instruments are culture personified. They are passed from one generation to another. Owo people are not an exception in terms of traditional music
Like I said at the beginning of this write up that Owo has many musical instruments, Oluseepe is a drum distinct to itself. This is a kind of drum that cannot be beaten anyhow. It can only be beaten during installation or coronation of a new king. Oluseepe drum is so significant that, after Igogo festival in Owo, the drum will be beaten to send signal to the town that they can start beating leader drums. The fact remains that during Igogo festival, nobody is allowed to beat any leader drums as this marks the sacredness of the festival in Owo kingdom.
Ogagango is a special musical instrument played by chiefs performing Ajo Feast, a feast performed by all Owo High Chiefs every nine days. The High Chiefs will dance the Ogagango from their houses to Olowo’s palace to pay homage to him. This can also be played during the burial of a deceased whose son is a chief.
Traditional musical instruments as mentioned earlier expressed the life of a community not an individual. It is a cultural heritage that needs to be preserved to the next generation because they are the platform for the celebration of royalty, communal life, transition as well as connecting the living with dead members of the society.
It is therefore hope that Owo traditional musical instruments will continue to ensure that people’s value for tradition music is sustained.
Olayemi writes from National Museum, Owo