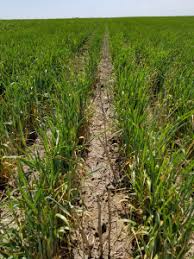 From Jimoh Ahmed, Ikare Akoko
|
Farmers are expected to have a bumper harvest next year in view of the continuous heavy rainfall despite the fact that it is expected to start receding by now.

An Agricultural expert, Dr Jibayo Oyebade stated this in a phone interview with The Hope.

Oyebade said heavy rainfall at this period of the year is as a result of climate change which caused a periodic change in weather.

According to him, man has no control over this since it is a natural occurrence.

He however disclosed that there is no cause for alarm as crops will benefit from this.

“Our crops are going to benefit from this especially cocoa. Cocoa farmers are going to have a bumper harvest next year. Although arable crops like maize and tomato may have a low production this year because of too much rainfall.

“Farmers who maintained their plantations well are already enjoying this. There is going to be a lot of late crops this year “.

Dr Oyebade who said the heavy and incessant rains at this time of the year is not a bad omen however said that the only time people should get worried is if rain did not fall in April next year since it may mean troubles.

According to him, it is expected that there should be a break in rainfall for two months and if the current pattern stopped in February then there is every hope that it will start in April and if that happens, there should not be any trouble.

However, a teacher of Agriculture in one of the secondary schools in Akoko, Mallam Hassan Ayodele who shared a different opinion said the heavy rains at this time of the year is already causing an havoc to arable crop farmers.

Mallam Hassan, a graduate of Agriculture who also holds a Masters degree in Plant Science Production said this may lead to high price of goods like tomatoes, maize and vegetables since they do not thrive when there I’d too much water.

He however agreed with the position of Dr Oyebade that cash crops like cocoa may have a lot of late crops this year.

Similarly he agreed with the position of climate change as posited by Dr Oyebade as being the cause of the unexpected heavy rainfalls at this time of the year when it supposed to be ceding.

Mallam Hassan went philosophical said it is God that decides and as such Him can decide the fate of man.

He however advised farmers to listen to the advice of weather experts on the time to start the planting season next year.

According to him, farming as a profession should be done with all professionalism as it has outlived the era of intuition as it is now in the scientific time.