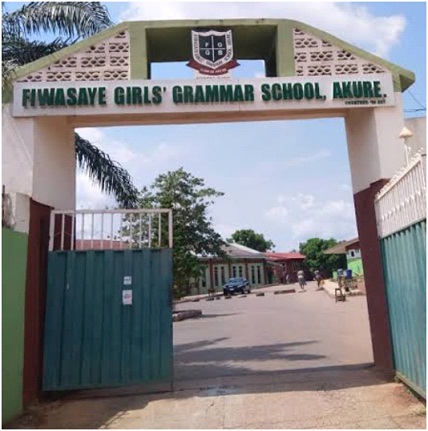 Of all the agents of imperialism, it was the missionary who made the most revolutionary demands of the Nigerians.  He did not want the wealth from the Nigerian soil, nor the fruits of her forests, nor any portion of her soil.  He desired instead the conquest of Nigerian souls.”

It is patent and historical fallacies dressed in superciliousness for any of the alumni associations and to wit: Oyemekun Grammar School and Fiwasaye Girls’ Grammar School in Akure to contend and hastily arrogate the founding of their alma maters principally on community initiative.

The State Chairman of the Alumni Association of Oyemekun Grammar School, Segun Olumilola in an exclusive interview with The Hope said it was erroneous for the church to lay claim to the school.

He said among others: “Oyemekun is a community school owned by the Akure community.  The chapel they now use was built by Oyemekun students, not the Anglican Church, and initially, it used to be our assembly ground,” well said.

However, the assertions by the alumnus society that Akure community solely owned the school could be bogus and furtherest from the truth.  Since it was Anglican Mission that brought up the idea of western education in the first instance not Oyemekun Community per se.

From time immemorial, schooling was alien and novelty in a contemporary African setting.   It was the influence of the Christian missionary activities which opened up the benighted African continent otherwise regarded as a permanent abode of the black niggers with the traits of savagery; beliefs in witchcraft, charms and magic.

Christianity divided the whole world virtually into two: Christendom for the African Christian converts and second, the heathendom were the devotees of African Traditional Religions (ATR) and completely ostracized from Christendom.

Contrary to expectation, the African Cultural norms embedded in beliefs in witchcraft, charm, magic and polygamy were clearly repugnant to Western culture, the harbinger of education in West Africa sub region.

None the less, the spiritual revival in Britain and America was responsible for the abolition of slavery and slave trade which was anachronistic to the demands of industrial revolution in the offing across Europe and America.

Freetown, capital town of Sierra Leone became “the refuge of many thousands of freed slaves.” The children were placed in schools and the older folk received help and instruction in the churches.” It must be noted that the adherents of Christian faith and the new converts were instructed in bringing the new faith to their former kith and kin in Nigeria.

On this context, the planting of Christianity in West Africa was the first step in the process of introducing the entire western culture.

Nigeria was not caught unaware with the missionary activity of Thomas Birch Freeman/Henry Townsend of Anglican and Methodist missions which blazed the trail in the 19th century.  They hit the ground running in Abeokuta, the gateway to modernity, the home or seat of “Iwe Irohin Yoruba ati ara Egba” for mass enlightenment and to win the “soul” for the Lord Jesus.

As in Sierra Leone, the church and the schools were centres of missionary activities.  The school was a more effective instrument of evangelization.

Doubtless, missionary activities gathered more steam in Nigeria.  Schools and churches sprang up in almost every village, hamlet and farmsteads especially in the Southern part of the country.

When the Anglican brothers took the pioneering task and initiatives to establish schools in Akure, Iju/Itaogbolu communities for instance, little did they realize that some students who passed through the portals of the secondary schools either out of over-zealousness or ego centricity or both would distort history to score undue point?

What is more germane; of paramount importance and utmost concern for the alumni associations is the urgent need to solidly plant high standard in learning and morality that is in the lowest ebb and in gross deficit as a result of perversive general malaise in the society.

Hence the call for return of mission schools for all genuine and serious stakeholders in education sector to arrest the drift and moral decay in schools.

By all means, the Anglican diocese of Akure must take over schools in its control especially Oyemekun, Fiwasaye and Anglican Grammar School Iju/Itaogbolu.  For religion is a veritable tool for effective teaching and inculcating moral value.

The conquest of Nigerian soul started in earnest through the propagation of missionary activities to “christianise” the so called heathen and dark Continent of Africa.

Anyway, kudos and credit should be accorded eternally to the Christian mission for Western Culture which brought in its trail churches, schools, medical and health centres, the absence of which life in Africa could be so short, nasty and brutish according to one philosopher.

So, the dire need for moral regeneration and religious rebirth cannot be overemphasized if Nigeria must take her unique right in the orbit of modern nations.

Government, be it local, state or federal should be responsible for quality control; recruitment and payment of staff salaries.  While the alumni associations should be in handy to improve upon the quality of infrastructure in schools almost decrepit and utter dilapidation.  Whereas, the religious and moral instructions should be rightly disseminated and appropriately digested amongst the learners to serve the optimal result; not as mere opium of the society.