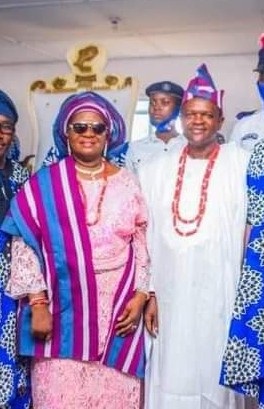 Osun State Governor, Gboyega Oyetola has described the Ataoja of Osogbo, Oba Jimoh Oyetunji Olanipekun, as a pillar of support of his administration.
Oyetola, noted that the monarch and his subjects have been very supportive in making government’s efforts to transform the capital city achievable in the last 10 years.
The governor made this known at the weekend at the 10th Coronation anniversary of the Ataoja of Osogbo and formal launch of monarch palace project, held at the Osogbo city stadium.
Oyetola, who was represented by his Deputy, Benedict Alabi, said the tenure of the traditional ruler has been peaceful, which, according to him is responsible for social stability across the state.
He stated further that the tenure of the monarch has brought tremendous development to the state capital, as it manifests in good road network, and other infrastructural development, as well as improvement in ease of doing business.
Oyetola, who conceptualised royalty as vital to life, culture, and development of the people, commended Oba Olanipekun for distinguishing himself as a worthy royal father and leader of men since ascending the throne in the last decade.
Oyetola, however sought for the continued cooperation and support of the revered monach, his subjects and the entire people of the state, to make his dream of building a more peaceful and prosperous Osun a reality.