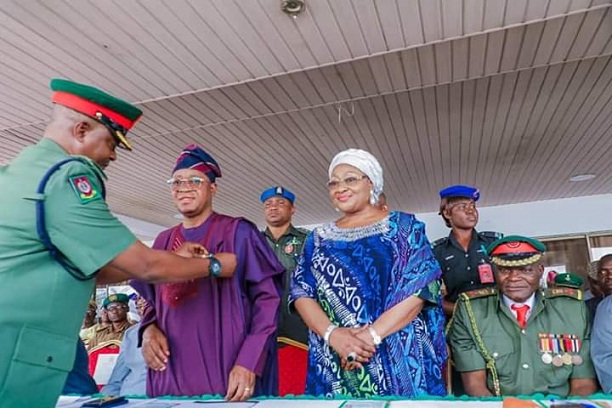 In a statement issued by the Secretary to the State Government of Osun, Prince Oluwole Oyebamiji, who also doubles as the Chairman, Armed Forces Celebrations Planning Committee for this year, the launching of the Appeal Fund Emblem will take place at the Banquet Hall of the Government House, Oke-Fia,Osogbo by 12:00 noon.

According to the Press Statement, Jumat Service in honour of the falling heroes would hold On Friday, January 7, 2022 at Oja Oba Central Mosque, Osogbo by 1:00pm, while the Church Service will hold at the Christ Foundation Gospel Church, behind old Governor’s Office, Osogbo on Sunday, January 9, 2022 by 10:00am.

The grand finale of this year’s event would come up on Saturday, January 15, 2022 with the laying of wreath by Governor Oyetola at the Military Cenotaph of unknown Soldiers located opposite the State House of Assembly Complex, along Gbongan -Osogbo road by 10:00am.

The release therefore implored all invited dignitaries which include royal fathers, religious leaders, labour union leaders, Local Government Chairmen and other political functionaries, Market Men and Women,Top Government officials and Journalists to grace all the activities lined up for the celebrations with strict compliance to COVID-19 protocols