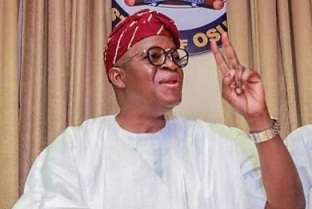 The decision of the governor to re-open Baptist Government High School, Osogbo followed appeals from stakeholders and leaders.

The Commissioner for Education, Folorunso Oladoyin who disclosed this said they were convinced that the students have learnt their lessons and have shown remorse over the unruly behaviour that led to riot prior to the closure last year.

He said It is the belief that parents and guardians shall continue to monitor their wards and guide them to a rewarding future.

While directing that Baptist Government High School re-opens with immediate effect, Oyetola wishes that the students continue to peacefully go about their studies.

He also enjoined their tutors to double their efforts to positively mould the students to be desirable leaders of tomorrow through academic excellence and good character.