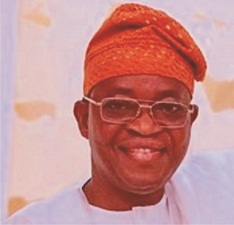 From Fisayo Akinduro, Osogbo
|
The Osun State Governor, Adegboyega Oyetola has called for improved technical and vocational education system that can equip students to compete in the 21st century knowledge-and-technology-driven world.

He implored stakeholders in the education sector to develop a technical and vocational education road map so as to take care of middle-level manpower and create jobs for the nation’s youths.

Oyetola, according to a statement by the governor’s spokesman, Adeniyi Adesina, spoke on Monday while declaring open the 79th plenary of the Joint Consultative Committees on Education in Osogbo, the state capital.

The JCCE stakeholders’ meeting with the theme, ‘Education for Self-Reliance: A Tool for the Achievement of Education 2030 Agenda,’ brought together education enthusiasts, including the permanent secretaries of the 36 states and the Federal Capital Territory.

The governor, who was represented by the Head of Service, Dr Festus Olowogboyega, said the nation’s unsteady development since independence remained the proof that education sector  not responded appropriately to the needs of the people.

Oyetola said his government  made education a critical component of its agenda in the quest to move the state to the next level of development.

He said, “We have developed a road map to tackle decadence in the education sector and continually increase access to quality education that will empower citizens to realise their full potential.”

He said, “It is expected that the quality of your recommendations would assist the various state governments in achieving qualitative and functional education and in lifting the nation out of the lingering quagmire in the education sector.”

In his remarks, the Permanent Secretary, Federal Ministry of Education, Mr Sonny Echono, said the meeting was organised to chart a new course that would address the decadence in the education sector.

Represented by the Director, Basic Senior Education, Dr Lami Ahmodu, Echono said with the depression in the labour market coupled with the unprecedented socioeconomic challenges facing the country, education must be tailored towards the acquisition of skills and abilities that could make the individual productive and self-reliant members of the society.

Also, the Osun State Permanent Secretary Ministry of Education, Mr Festus Olajide, assured the stakeholders that the meeting would come up with useful and workable recommendations to help promote education to engender self-reliance.